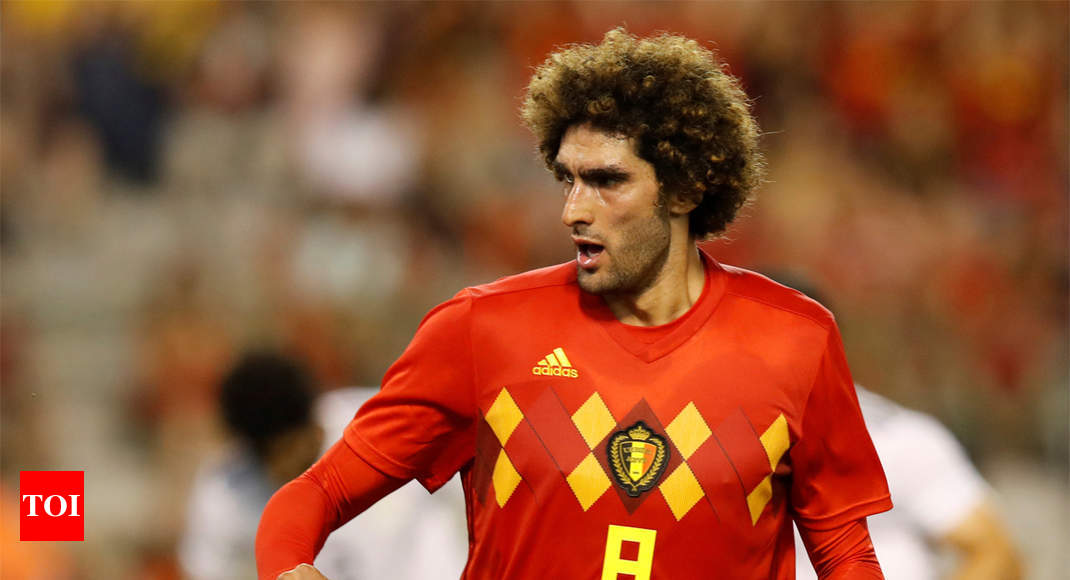 Manchester United and Belgium midfielder Marouane Fellaini has extended his five-year stay at Old Trafford by signing a new two-year deal until 2020, the Premier League club said on Friday.

The 30-year-old, who started in Belgium’s final World Cup group stage match against England on Thursday, joined United in 2013 and has scored 20 goals in 156 appearances for the club across all competitions.

“I am pleased to be continuing my journey as a Manchester United player. I made this decision because I am very happy here. Also, I feel like this team, under Jose, still has a lot we want to achieve,” Fellaini told the club’s website.

“I would like to say a special thank you to Jose for the faith he has always shown in me. My focus now is on the World Cup and I am looking forward to a successful season ahead.”

Fellaini’s contract situation had divided United supporters, a section of whom did not want the Belgian to be handed a new deal due to his inconsistent performances, but manager Jose Mourinho has always backed the towering midfielder.

“I am very happy Marouane is staying with us,” Mourinho said. “I always believed in his desire to stay with the club and I am delighted that he has signed a new contract.”

Fellaini started five of United’s 38 Premier League games last season and made a total of 23 appearances across all competitions, scoring five goals.

Belgium, who finished top of Group G after their 1-0 win over England, will play Japan in the World Cup round of 16 on Monday.