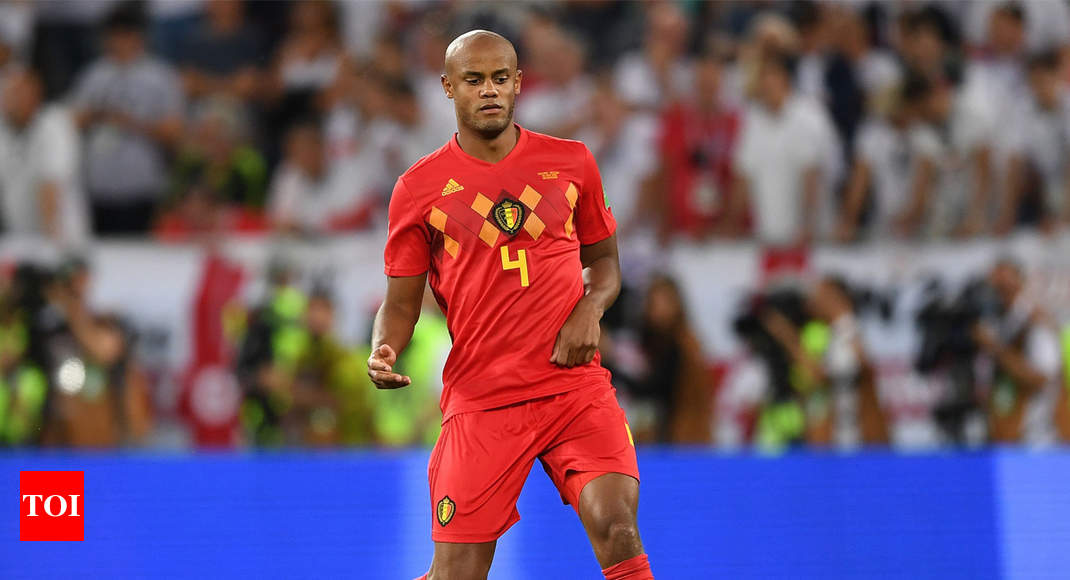 MOSCOW: Veteran Belgium defender Vincent Kompany said on Wednesday Brazil are the best team at the World Cup but his side are not losing any sleep at the prospect of playing them.

The most talented Belgium team for decades face the ultimate test on Friday when they take on the five-time winners in Kazan for a place in the semi-finals.

“Individually, Brazil are the strongest team in this World Cup,” Kompany, who made the last of his international appearances as a substitute in the 1-0 win over England, told reporters.

“That is a compliment but it doesn’t affect our chances against them. None of us are going to sleep at night thinking ‘We have already lost to Brazil’.

“Defensively they are solid, they win all their defensive duels and in attack, they are not scared to take people on one-on-one.

“They always have a key to unlock any situation.”

Manchester City stalwart Kompany, 32, said although Belgium boast their own outstanding individual players such as Eden Hazard and Kevin De Bruyne, the only way they will beat Brazil is to play as a team.

“We are going to look them in the eye. But if we make this a match of individuals, then we’ll lose,” he said.

Belgium, who came from behind to beat Japan in a thrilling last-16 match, have fast become the favourite team of many fans of countries already eliminated for their attractive style of flowing football, a role their old rivals the Netherlands often occupied.

“We have developed an attractive style of football, we have scored a lot of goals and showed our good side,” said Kompany.

“If we play well against Brazil, we can attract even more supporters. Neutral fans appreciate good football, like the Netherlands used to play.

“We’re constantly improving. We just have to step up to another level against Brazil. At least I hope we can.”

Belgium will have to find a way to stop Neymar, whose performances in Russia have attracted as much criticism as praise, for his alleged over-reaction to fouls.

Asked by a Brazilian journalist what he would do if Neymar fell theatrically in front of him, Kompany turned the question back on his questioner.

“What would you say to him? You are a Brazilian journalist? Ah, I see you’re too scared to reply. I don’t care (what Neymar does). If it becomes a match of individual performances we’ve got no chance.

“If we play as a team, if we fight for each other, we can do it and that’s what matters to me.”