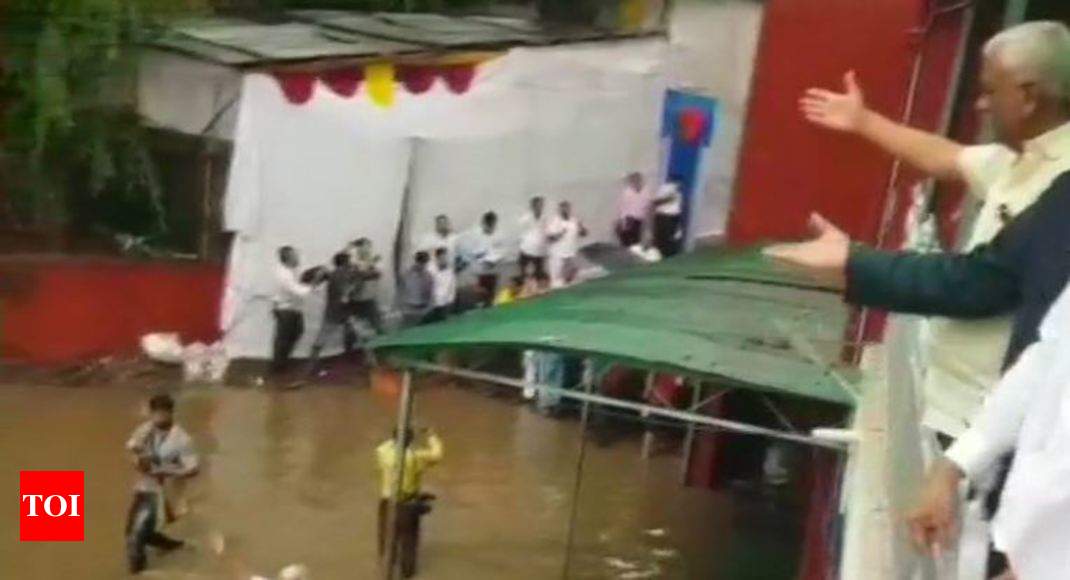 NAGPUR: The Vidhan Bhavan here was plunged into complete darkness for only the second time in 57 years. To add to the government’s embarrassment, beer bottles and plastic bags were found to be the reason why the drains had choked after heavy overnight rain, leading to flooding of the transformer room.

Both houses of the state legislature were adjourned for the day and Assembly Speaker Haribhau Bagade watched the clean-up operations as bottles of beer and liquor and plastic bags were plucked out from the drains to stop water from flowing into the transformer room.

The first time the House was adjourned due to a power outage was during the monsoon session in Nagpur in 1961.

On Friday, the opposition parties, as also the ruling Shiv Sena, took pot-shots at the BJP-led government.

“This shows how the government functions,” Dhananjay Munde, opposition leader in the legislative council, said. “The government was insistent that the monsoon session should be conducted in Nagpur but it hasn’t made even basic arrangements.”

Senior minister Chandrakant Patil said power was turned off to avoid any untoward mishap and that there was no supply failure. Congress said the liquor bottles and plastic bags were a comment on the style of functioning of the government.