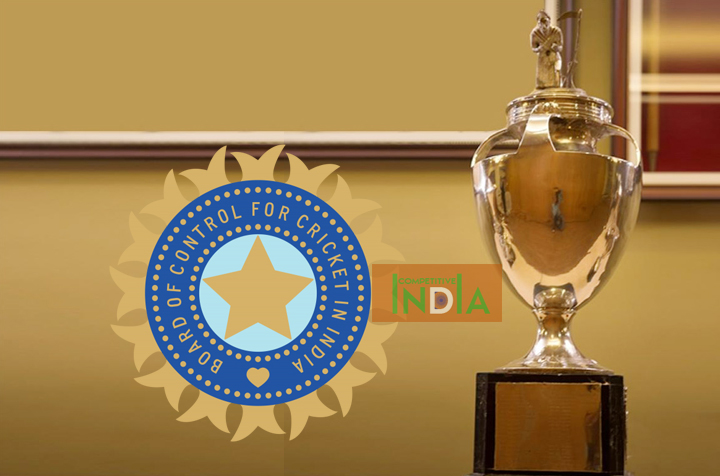 The Board of Control for Cricket in India (BCCI) will bear all the expenses for the Ranji Trophy debut of the North Eastern states and a couple of those teams will play at neutral venues because of lack of availability of proper home venues.

Reports suggest that Sikkim and Arunachal Pradesh do not have the grounds that match the requirements of first-class cricket and therefore, they will play at neutral venues in neighboring states.

Even though normally the BCCI pays for the support staff of the teams in Ranji Trophy but for the North-Eastern states, they will be making an exception.

All the six North-Eastern states will be provided by BCCI with their accreditated NCA coaches, physios and trainers (men’s, boys age group, women, girls’ age group).

“BCCI has assured that all the state teams will be provided with coaches. We will have to submit our requirements and accordingly, they will depute the support staff. The entire expenses will be borne by the board,” a representative of the North Eastern state told PTI on conditions of anonymity.

“We will not be paid any grant directly. We need to submit the budget clearly mentioning all the overheads and BCCI directly makes the payments. It is difficult to pinpoint a figure but anything in the range of 4-5 crore needs to be spent per state. Infrastructure and logistics are two key issues,” he added.

At the BCCI headquarters in Mumbai on Wednesday, the representatives of the North Eastern states met the BCCI’s Cricket Operations team headed by Saba Karim.

“Sikkim will be playing their home games in Siliguri while Arunachal Pradesh is likely to play in one of the grounds in Assam. Development of infrastructure was the key issue that was discussed along with streamlining the budget requirements.”

“There will be a few matches between the NE states, where teams need to be traveling by train as there is no direct air route. The railway bookings need to be done accordingly,” he said.

The representative of the North-Eastern states also wants to have their pre-season camps in Southern states like Karnataka and Tamil Nadu due to the prevalent monsoon in eastern India.

“Meghalaya will have their pre-season camp at Guwahati. Some of the states will find it convenient if camps are held in Tamil Nadu or Karnataka, where they can avail all state of the art facilities.”

Another key issue discussed was about the criteria of domicile for all those who want to use the opportunity to get first-class matches under their belt.
“Rules are clear. One needs to show the birth certificate, at least two years of employment in those new states, the bank account in those states. While three professional players will be allowed (common BCCI rule), we were advised that we should groom our own players, which is a fair call,” he added.

“If we employ professional players, we will have to pay the extra which is the norm. That money we will need to arrange as match fees are taken care of by BCCI,” he concluded.