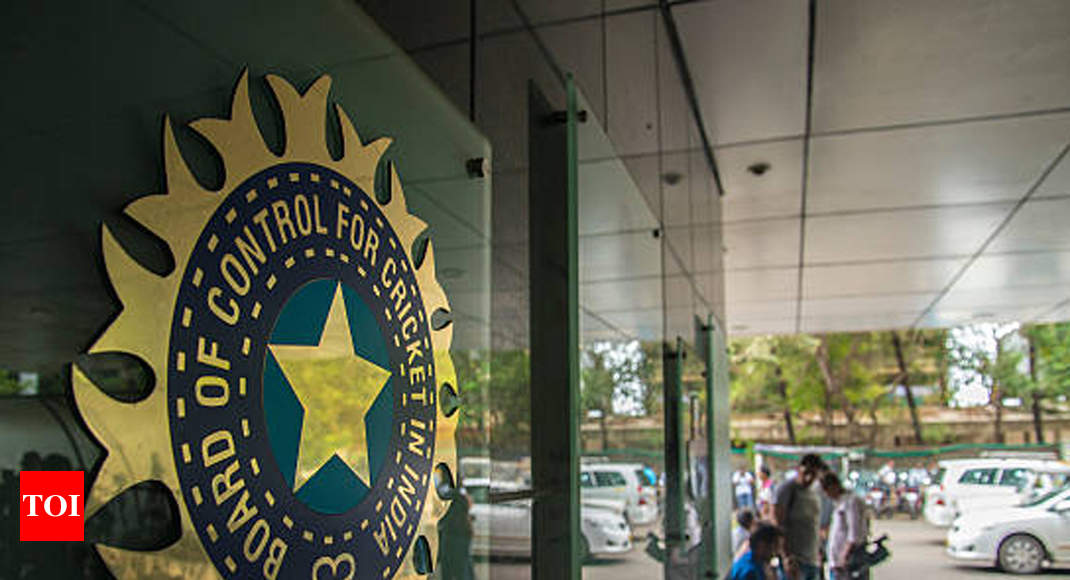 MUMBAI: The BCCI on Tuesday issued a 10-point advisory to its affiliated units for conducting T20 tournaments. State associations staging these tournaments are now required to ensure strict compliance with this advisory, which, at the moment, seems to have been devised by the members in the Special General Meeting (SGM) on June 22. They don’t seem to have the approval of the Committee of Administrators (CoA).

Given below are the guidelines:-

1. Application for Approval: Each Staging Association is required to take approval from the BCCI prior to staging/hosting the Tournament every year or as the case may be. For avoidance of doubt, it is clarified that such State Associations who have been hosting Tournaments in the past are also required to take fresh approval each year and comply with the requirements of this Advisory (as may be amended by BCCI from time to time and notified to the State Cricket Associations). The application shall be made as follows:

(b) The application should be accompanied with the following details/information for scrutiny by BCCI.
(i) Details of the governing committee/sub-committee responsible for administering the Tournament.

(ii) Details of the event management company, if any has been engaged by the State Association.
(a) Organization profile
(b) Profile of the Tournament Operation Managers.

(d) BCCI may accept or reject the application of the Staging Association in its absolute discretion. The decision of the BCCI will be final and binding in this regard.

(iii) All the participants are subject to the respective association’s Conflict of Interest Rules, as prescribed by the Hon’ble Justice Lodha (Retd.) Committee.

(iv) The Staging Association must check the background and credentials of the prospective participants including the franchisees to ensure that image and integrity of cricket and the Tournament is protected.

(a) Appointment of Anti-Corruption officials (“ACOs”): BCCI ACU shall nominate and appoint two (2) ACOs for the Tournament. BCCI ACU may appoint additional person(s), if required and deemed fit by BCCI. The terms and conditions of their appointment will be as follows:

(i) Staging Association shall be responsible for their accommodation, travel and ground transport for the tournament.
(ii) Staging Association shall provide full cooperation to BCCI ACOs appointed officials in performing their duties.
(iii) BCCI shall be responsible for paying the ACOs their professional fees and allowances as per BCCI norms
(iv) The ACOs shall report only to BCCI ACU. BCCI is under no obligation to share any information with the Staging Association, which may come in possession of the ACO’s while on duty in connection with the Tournament. Wherever appropriate and deemed fit, the ACOs shall share the information with Staging Association.
(v) The ACOs shall have the right to inquire and take statements from Team Officials, Players, Support Staff and Match Officials under the provisions of the BCCI Anti Corruption Code.
(vi) Should the Staging Cricket Association decide to hire services of an external agency for Anti Corruption/Integrity work, prior permission should be taken from BCCI ACU.
(vii) Any person representing to be an ACO, who is deployed without consent from BCCI ACU shall have no authority under the BCCI Anti Corruption Code. Any participant, should he choose to report any ‘approach’ or misconduct to such individual would not have fulfilled his obligation under the BCCI Anti Corruption Code. If approved by the BCCI ACU, such person/s will work under the authority of ACOs.

(b) All stakeholders including the team officials, players and support staff, match officials, curators and people associated with organizing the Tournament shall be bound by the BCCI Anti Corruption Code. The staging SCA shall provide complete and accurate information to BCCI along with its application in this regard.

(c) Anti-Corruption Education Program : The ACOs shall conduct anti corruption education programme (“ACEP”) for the teams, team officials, curators and match officials and support staff associated with the Tournament. All participants will sign an undertaking of having attended the ACEP and acknowledge that they are bound by the BCCI Anti-Corruption code and shall abide by them.

(e) All participants are obliged to report to BCCI appointed ACOs, not only instances of approaches to themselves, but also any information which they receive and any knowledge they obtain, however far-fetched they personally may regard it, concerning any other person including a colleague, which is suggestive of improper conduct should be reported to ACU officials.

(f) BCCI ACU Hotline +91-7506003000 number shall be displayed during the tournament in the PMOA and tournament handbook, if applicable.

(g) All complaints/reports to be immediately forwarded to the BCCI ACU at their confidential email id integrity@bcci.tv

(h) CCTV cameras to be installed to cover all entry and exit points of PMOA. The recording from the moment of first arrival
into the PMOA until the match is over to be provided to the ACU official immediately after the match.

(i) Headshots and other signage to be displayed at entry points and inside the PMOA as per the BCCI Anti-Corruption Code.

(j) Security personnel to be deployed at the entry and exit points of the PMOA to assist ACU officials in keeping unaccredited people from entering the player’s area.

(k) No communication device/mobile phones are permitted to be carried or used inside the PMOA by any participant. Please refer to the BCCI PMOA Minimum Standards.

(l) If any match video footage is required for an ACU investigation, it will State Associations responsibility to obtain and provide unedited video footage of the match(s).

(m) A copy of the video recording of the entire match as recorded by the video analysts for the match officials will be provided to the ACU officials at the end of the match.

(n) It is mandatory to make full and immediate disclosure by players and officials of any gifts received (whose value exceeds Rs. 30000/-) or additional income earned besides the contracted fee in connection with the Tournament. It is clarified that “gifts” would mean any interest or income or other unusual benefit which is not cricket related. If a player has any doubt about the propriety of anyone’s conduct with regard to an offer, or potential offer, of a gift, he should immediately report it to the ACO.

8. Staging Associations are required to honour the sanctions imposed on players by the BCCI. When entering into contracts with its official sponsors/franchisees/broadcasters/event management company the Staging Association shall incorporate prohibition on availing the services of any banned player in any manner, including as TV/radio commentator, during the period of such ban.