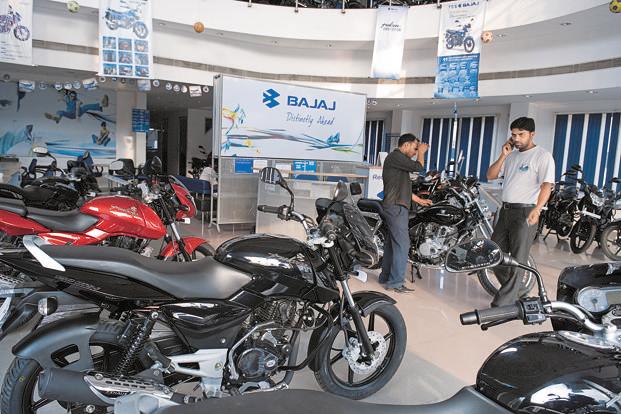 Mumbai: India’s second-largest motorcycle maker Bajaj Auto Ltd on Friday reported a 20.71% jump in June quarter (Q1) net profit, compared to the corresponding quarter of the previous year on the back of higher motorcycle and three-wheeler sales in domestic and overseas markets.

Bajaj Auto continued to be in the black for the third consecutive quarter, after a downturn over four quarters.

The results were well below estimates. A Bloomberg survey of 23 analysts expected the Pune-based automaker to post a profit of ₹1,249 crore on net sales of ₹7,764.7 crore.

Bajaj Auto’s sales for this quarter are not comparable with the year ago because they are disclosed net excluding of the goods and services tax (GST) introduced in July, Bajaj Auto said. Analysts also warn against making year-on-year comparisons, because of heavy pre-buying ahead of April when the Supreme Court unexpectedly ruled in favour of migration to the Bharat Stage IV emission norms.

For the quarter, Bajaj Auto’s reported Ebitda (earnings before interest, taxes, depreciation and amortization) margin, a key measure of operating profitability, remained flat at 18.4% as compared to a year ago. 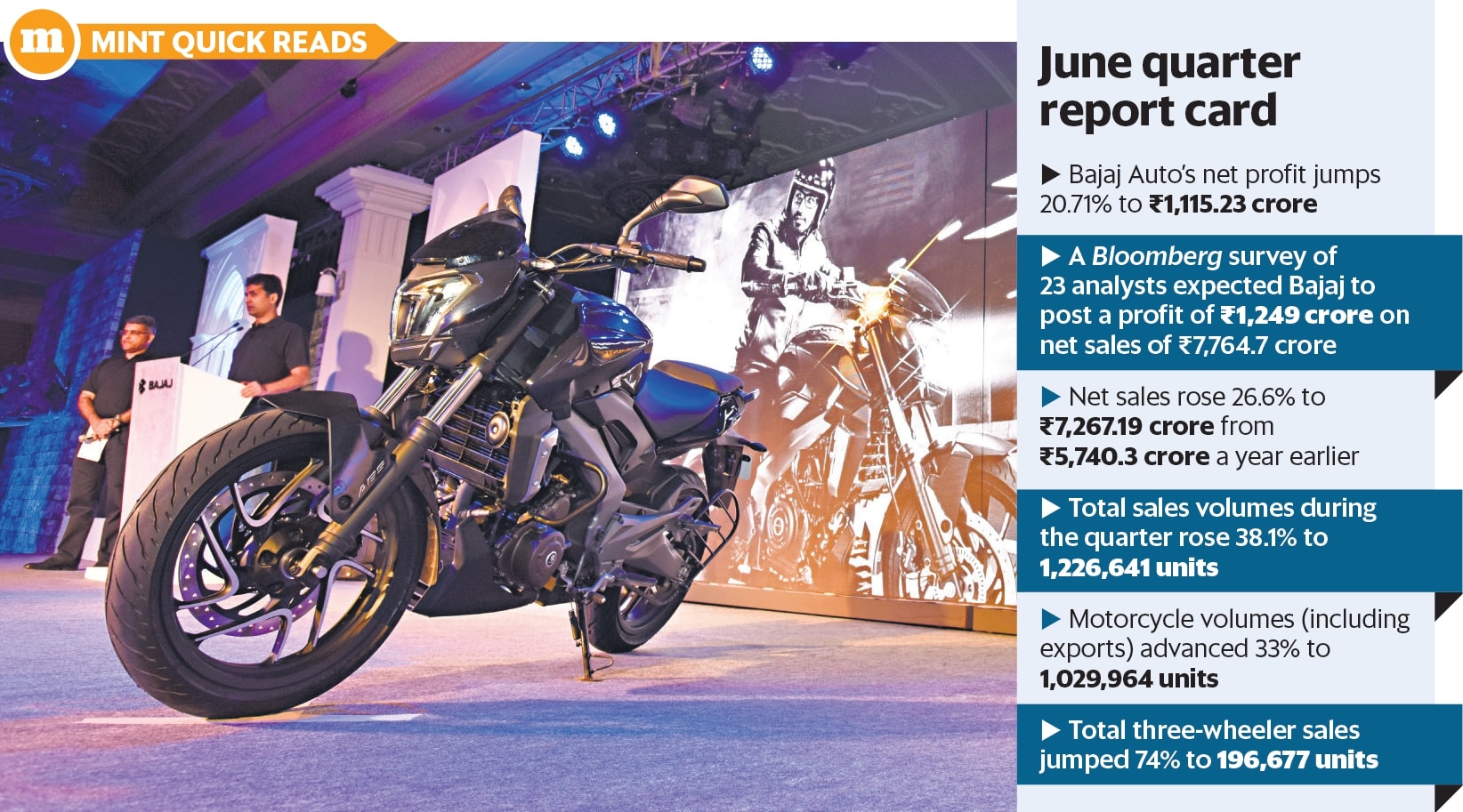 The Ebitda margin has fallen below 20% for the first time in four quarters, on the back of a 1.2% decline in net realizations during the quarter. Historically, Bajaj has prided itself on maintaining margins upwards of 20%.

Revenues, margins and net profit were below estimates, said Abhishek Jain of HDFC Securities in a note, because of price cuts taken on low-margin models CT 100 and Platina, which together accounted for 49.7% of domestic sales volumes as compared to 43.1% a year ago.

Margins were also pinched by higher expenses on inputs including steel, aluminium and lead, with raw material costs as a percentage of sales rising to 66.2% from 59.6% a year ago. Bajaj’s product mix became unfavourable as entry-level motorcycles had a greater contribution to volumes than the high-margin categories of three-wheelers and premium motorcycles.

The maker of the Dominar motorcycle will “do what it takes” to corner a larger share of the domestic motorcycle market with “as few cost implications as possible”, according to S. Ravikumar, president of business development and assurance at the firm.

On the question of sacrificing margins to gain market share, Ravikumar said the 20% level would be maintained even as Bajaj Auto strives to improve its domestic market share.

“For each brand, we have to decide what is required. In the entry-level bikes, there is only a price play. Beyond that, there are many more levers that will enable us to recover a few thousand rupees in pricing,” he said.

In the domestic three-wheeler market, Bajaj Auto outperformed its peers to clock 94,431 units during the quarter while marginally falling behind peers in the overseas market, growing 68.86% to 101,424 units over the previous year.

The export performance was encouraging as well, with a 24.8% jump to 435,730 units during the quarter.