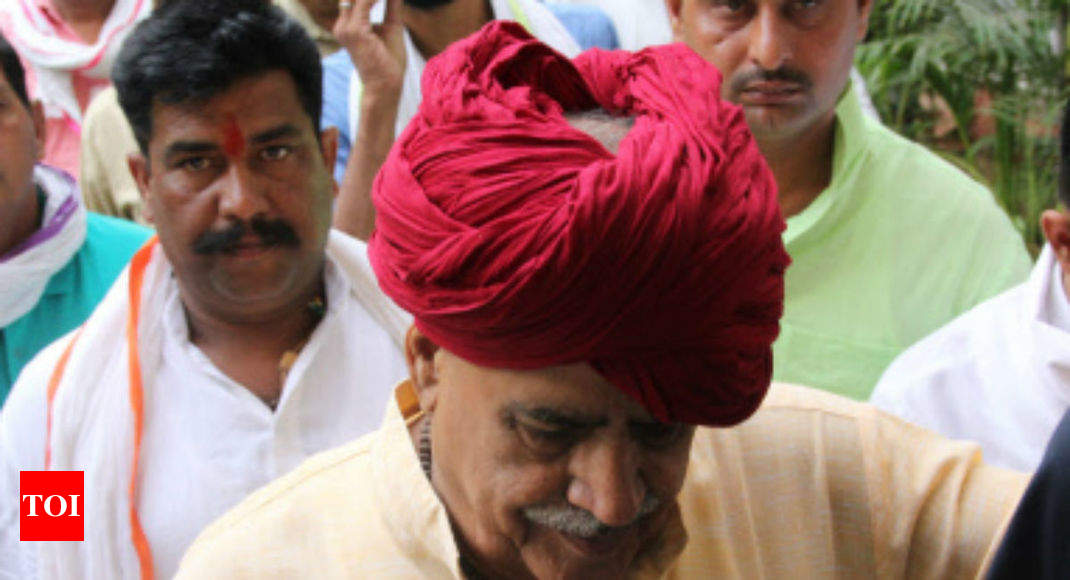 JODHPUR: Gujjar quota agitation leader Kirori Singh Bainsla on Sunday urged Rajasthan Chief Minister Vasundhara Raje to resolve the reservation issue otherwise the community will unite with Rebaris and Rajputs to support the party “which will identify” with their reservation demands in the Assembly election.

The leader of Gujjar reservation movement was here today to meet the representatives of the Rebari community and discuss with them the issue of reservation and various other social issues.

“We have been peacefully awaiting for our demand to be met since four and a half years of the BJP government’s rule and we wish Raje to intervene personally in the matter,” he said.

On the community’s stand in the upcoming election, Bainsla said apart from Gujjar community, Rebari and Rajput have also been demanding reservation.

“We would unite in our crusade for reservation and would support this election those who would identify with our demand and give us reservation,” Bainsla said.

Assembly elections in Rajasthan are likely to take place in November-December.

“Rebari community is the most backward class in Jodhpur and we discussed various issues pertaining to reservation and social development of the communities,” Bainsla said, adding reservation was a necessary way for any backward class to abolish the evil social practices and get to the path of development.

Expressing his disappointment with both the BJP and the Congress with respect to the reservation to the Gujjars, Bainsla said his struggle has been going on for the last 17 years and would go on until they are not given reservation.

“We kept struggling for our issue with the successive governments but they kept denying reservation to us. Governments’ tactics are to delay, defuse and deny ultimately,” he said.

On July 1, the Rajasthan government had said that five castes, including Gujjars, under the most backward classes (MBC), are also entitled to the 21 per cent quota under the OBC category for admission to educational institutions and recruitment in government jobs in the state.