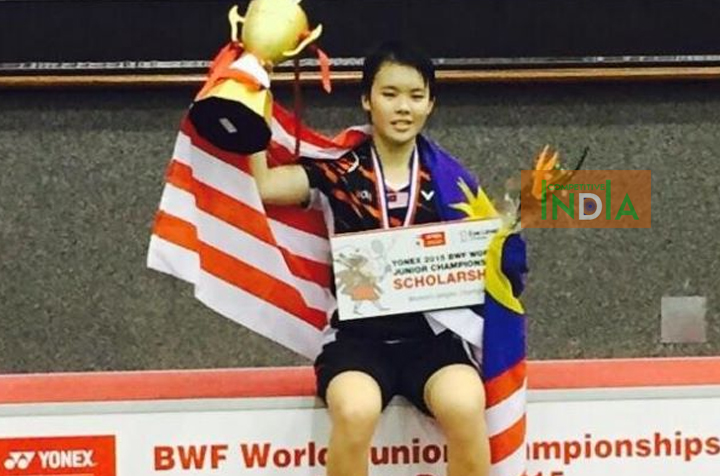 NANJING: Debutant Goh Jin Wei continued her fine run in the World Championships by reaching the third round on Wednesday (Aug 1).

It was also Jin Wei‘s first win over Ohori in three meetings.

The win sets up a clash against another Japanese Nozomi Okuhara, who is the defending champion, on Thursday (Aug 2).

Malaysian sole representative in the men’s singles, Liew Daren, is also through to the last 16.

The former world junior champion, however, will face her biggest challenge when she takes on defending champion Nozomi Okuhara, also from Japan, on Thursday.

Okuhara barely broke the sweat in her second round tie, chalking up an easy 21-11, 21-9 win over Canada’s Rachel Honderich.

National women’s singles coach Tey Seu Bock is pleased with Jin Wei’s performance so far and wants her to continue playing without pressure.

“From the start, I just wanted her to play her game. That is why we did not set a target for her. Whoever she faces, I want her to play without pressure because she has got nothing to lose.

“So far, she has been impressive here. Her main mission now is to just upset higher-ranked opponents,” said Seu Bock, when contacted.

In the women’s doubles, 13th seeds Chow Mei Kuan-Lee Meng Yean had to dig deep before clearing the second round in the 16-21, 21-17, 22-20 win over Germany’s Isabel Herttrich-Carla Nelte. Mei Kuan-Meng Yean takes on fifth seeds Greysia Polli-Apriyani Rahayu of Indonesia on Thursday.

It was, however, the end of the road for Vivian Hoo-Woon Khe Wei who stood no chance against Olympic champions Misaki Matsutomo-Ayaka Takahashi. The Japanese pair won 21-12, 19-21, 21-12.

In the men’s doubles, Aaron Chia-Soh Wooi Yik continued to impress when they once again upset World No 11 Lee Jhe Huei-Lee Yang 16-21, 21-18, 21-19 to reach the third round. Aaron-Wooi Yik also defeated the Taiwanese pair in the Thailand Open last month.

Goh V Shem-Tan Wee Kiong lived up to their billing but at the expense of fellow Malaysians Ong Yew Sin-Teo Ee Yi, whom they beat 21-16, 21-15 to reach the third round.

The 13th seeds face fourth seeds Li Junhui-Liu Yuchen in the third round.