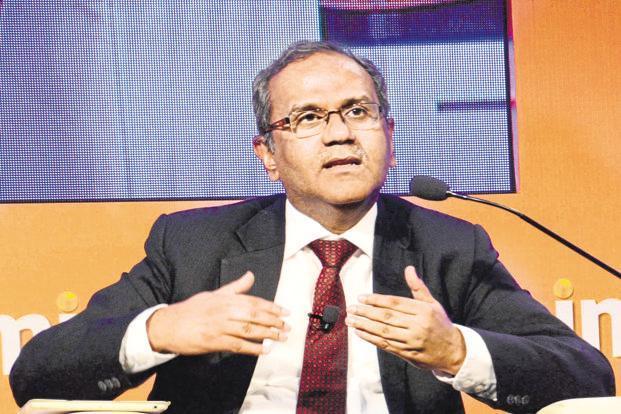 The government had last week appointed B. Sriram as IDBI Bank CEO for a temporary period of three months. Photo: Mint

New Delhi: State Bank of India (SBI) managing director B. Sriram has resigned from the after his appointment as chief executive of IDBI Bank, people aware of the development said. The news assumes significance amid reports that Life Insurance Corporation of India (LIC) is weighing acquiring a majority stake in the debt-ridden IDBI Bank.

The government had last week appointed Sriram as IDBI Bank CEO for a temporary period of three months. His resignation from the SBI board has been forward to Appointments Committee of the Cabinet for acceptance, the people quoted above said, adding that the competent authority would take a final call on the matter.

Sriram took charge of IDBI Bank on 22 June following M.K. Jain demitting office to take over as deputy governor of the Reserve Bank of India (RBI). The ACC approved the appointment of B. Sriram as IDBI Bank CEO for three months with effect from M.K. Jain’s demitting office, said an order issued last week by the Department of Personnel and Training.

Meanwhile, LIC is looking to enter the banking space by acquiring a majority stake in IDBI Bank. The deal is expected to provide business synergies despite the lender’s stressed balance sheet.

A possible scenario would be LIC making IDBI Bank a subsidiary on the lines of its housing finance and mutual fund businesses. If the deal goes through, IDBI Bank would shed the character of public sector bank and become a private sector lender like Axis Bank.

Earlier this year, finance minister Arun Jaitley said government’s decision on IDBI Bank privatisation stands, and it will be implemented at the right time. In his budget speech for 2016-17, Jaitley had said the process of transformation of IDBI Bank has already started. “The government will take it forward and also consider the option of reducing its stake to below 50%,” he had said.

Sriram is the longest-serving managing director of a public sector bank and has wide experience, including in stressed assets management. IDBI Bank had gross non-performing assets (NPAs) of ₹ 55,600 crore at the end of March quarter. During January-March, the lender’s net loss stood at ₹ 5,663 crore.

Sriram worked as the MD (corporate and global banking) in SBI since July 2014. He has served as managing director of State Bank of Bikaner and Jaipur. Sriram joined the government-run bank in 1981 as a probationary officer. During his over three-decade-long career, he held several positions and also had a stint at SBI’s Singapore office.