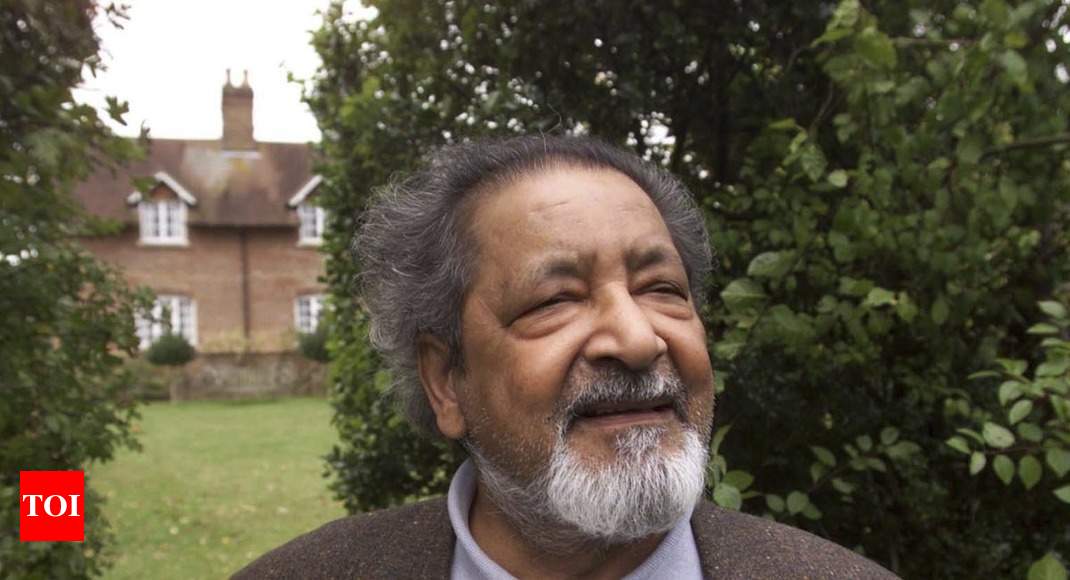 NEW DELHI: Salman Rushdie on Sunday mourned VS Naipaul, saying he lost a beloved older brother while fellow authors said he was one of the greatest writers who was very engaging when he turned on the charm.

Naipaul’s family today announced he died in London at the age of 85.

British Indian novelist Rushdie in a tweet said, “We disagreed all our lives, about politics, about literature, and I feel as sad as if I just lost a beloved older brother. RIP Vidia.”

We disagreed all our lives, about politics, about literature, and I feel as sad as if I just lost a beloved older b… https://t.co/3jhLvIN639

Author-poet Jeet Thayil described Naipaul as an awful man and a brilliant writer and said his death was like “losing a cantankerous, contrarian father”.

He also put out several other tweets tagging his quotes and photographs.

He was an awful man and a brilliant writer, and it feels like losing a cantankerous, contrarian father. #VSNaipaul

Sanjoy K Roy, one of the organisers of Jaipur Literature Festival, tweeted, “He could be cranky and disagreeable but when he turned on the charm he was engaging and more often then not educative and informative! He will be missed.”

The official feed of the Nobel Prize also put out a tweet saying, “Remembering V S Naipaul, awarded the 2001 Nobel Prize in Literature for ‘having united perceptive narrative and incorruptible scrutiny in works that compel us to see the presence of suppressed histories’ who has passed away aged 85.”

Naipaul was awarded the Nobel Prize for Literature in 2001. He also won the Man Booker Prize in 1971 and a knighthood for services to literature in 1990.

Remembering V. S. Naipaul, awarded the 2001 Nobel Prize in Literature for “having united perceptive narrative and i… https://t.co/54AOOMzquA

Author Amitav Ghosh also tweeted saying, “RIP VS Naipaul” and posted a link to an old piece written by him when Naipaul won the Nobel.

Historian Ramachandra Guha said the best piece of writing on Naipaul is “undoubtedly the biography by Patrick French which is a richly researched and vividly written portrait of the man, his work, and his times”.

Vaishali Mathur, who manages the Hindi publishing of Penguin Random House India, told PTI, “Naipaul’s books occupy a pride of place on our Hindi list. It gives us immense satisfaction to know that we have all his books in Hindi and that the Hindi reader can benefit from the Nobel laureate’s writing as much as any global reader. And that his legacy will live on.”

Picador, which published most of his books, tagged a tribute in the Guardian in its tweet and said, “A beautiful and moving tribute to the incredible life and towering literary achievement of our author Sir VS Naipaul who sadly passed away this weekend.”

British novelist Hari Kunzru put out a series of tweets on Naipaul.

“I interviewed VS Naipaul for BBC TV. When we sat down, the first thing he said was ‘tell me what you’ve read and don’t lie.’ Only then would he consent to be questioned.

“I made Naipaul cry. I knew he rarely signed books and probably wouldn’t want to put his name on some paperback so I found a 1st of Mr Biswas. He saw it and broke down. Everyone v alarmed. ‘I haven’t seen one of these for so long,’ he said, when he recovered himself,” the first two tweets said.

I made Naipaul cry. I knew he rarely signed books and probably wouldn’t want to put his name on some paperback so I… https://t.co/BUqnT3o9Hj

“He did sign the book. We were in the room (now part of a hotel) where he had written radio scripts for the BBC when he first came to the UK.

“The producer was terrified of him. There was a list of taboo subjects. Islam, Theroux etc. I had to promise not to bring them up. As I remember he did end up talking about Islam,” Kunzru, who has authored books like “The Impressionist”, “Transmission”, “My Revolutions”, “Gods Without Men”, and “White Tears”, tweeted.

Author Kota Neelima referred to Naipaul’s statement some years ago that there is no female author whom he considers his equal as she tweeted, “And now #VSNaipaul runs the risk of being reborn as a woman writer.”