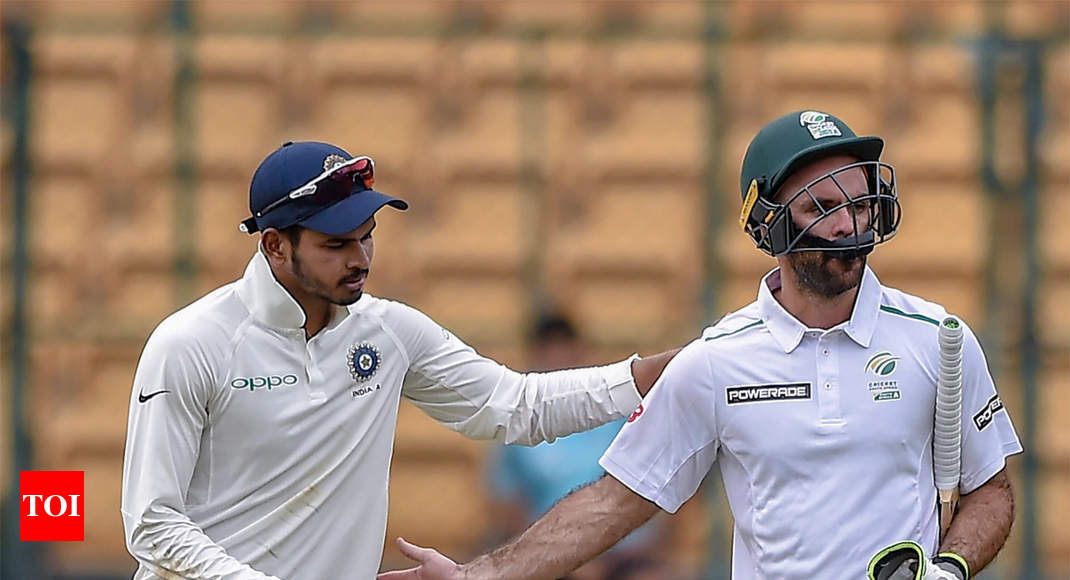 There’s never an urn at stake, or the odds of a billion people ganging up against you in cricket’s naked dance of the riches,

but the adrenaline is forever in attendance whenever these two take each other on, manically surging up to woo the cricket romantic in you.

South Africa and Australia aren’t cricket’s best couple ever but, quite astonishingly,

they make the best kids. “Australia is our favourite team to play against,” Faf du Plessis admitted recently.

And so here they return, with a short three-match ODI series that reeks of inadequacy, to replenish their cricketing rivalry t

hat had gone missing after the Newlands ball-tampering fiasco.

The first ODI at Perth

The first ODI at Perth on Sunday (November 4) will be the first time Australia play at home since then,

review: which Australia will turn up against South Africa after all?

Starting the first ODI, the series is unfailingly going to be a journey about self-discovery: for Australia,

who will need to respond to a raucous home crowd they have let down,

and who will still be willing to go to war to defend them.

With 14 losses in their last 16 ODIs, Australia don’t know how to win without wanting to win at all costs yet, and having a new captain in Aaron Finch,

who will be taking over from Tim Paine, can be the impetus they need to take themselves off the beaten path – culturally or otherwise.

South Africa, without Hashim Amla and JP Duminy, lost their practice match in an ominous start to the tour,

suggesting that this isn’t their best batting unit taking on Australia,

who themselves are volatile in the absence of David Warner and Steven Smith. Thankfully,

They against counterparts Mitchell Starc, Pat Cummins and Josh Hazlewood in what will be  in cricket’s generational debate about the best bowling attack.

And what better time than seven months before the World Cup to go one-nil up.

The series, which can be differently billed as Australia’s chance at redeeming the 5-0 whitewash in 2016,

It isn’t going to set a house on fire, but cricket will take comfort in the firebox on offer in exchange, maybe.

What to expect: A sunny day with a high of 21 degree Celsius forecast.

The venue has hosted just the one ODI, against England in January, where Andrew Tye and Tom Curran picked five-wicket hauls.

With two showstopping fast bowling sides, expect some good pace and bounce in the wicket.