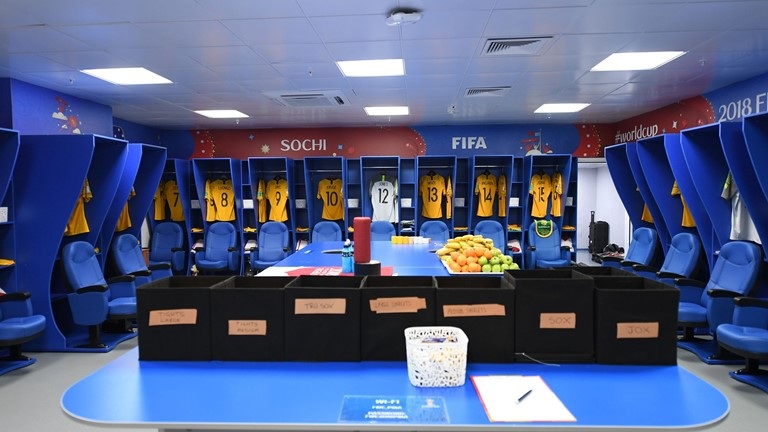 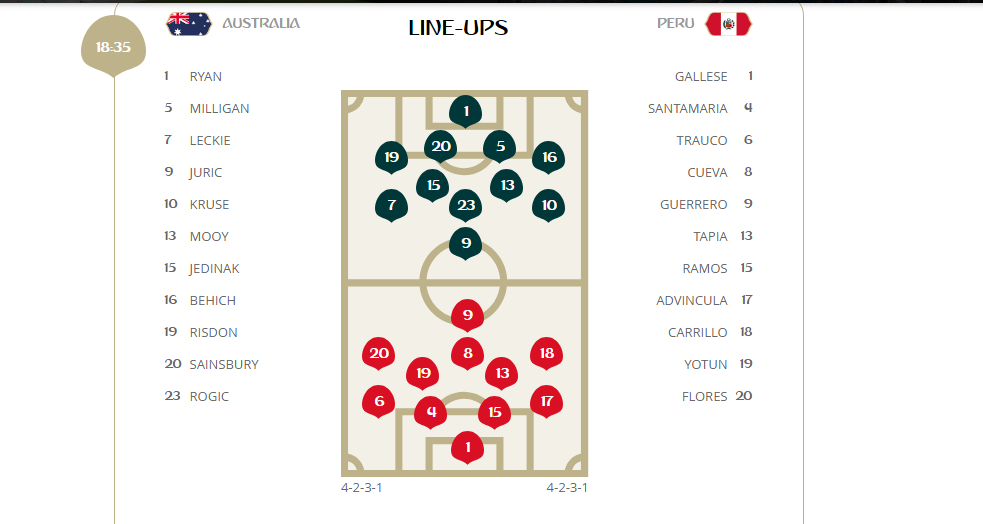 With their hopes of reaching the World Cup’s knockout rounds on a knife-edge, Australia head into their must-win match against Peru under pressure to score goals and with fingers crossed that France will bring their A-game against Denmark.

Long hampered by a lack of firepower, the Socceroos’ two goals in Russia have both come from Mile Jedinak penalties but relying again on the cool head of their captain from the spot may be perilous for their hopes of advancing.

“If we score goals and we win the game, it doesn’t matter how we score. It’s important that we get the result which is the main thing,” striker Tomi Juric told reporters at the team’s training base in Kazan on Sunday.

With Peru already eliminated from Group C and leaders France having already booked their place in the last 16, Bert van Marwijk-coached Australia are battling Denmark to be the second team through.

On one point to Denmark’s four, the Socceroos need victory against Peru and for France to beat the Danes — preferably handsomely — to have hope of advancing.

France fullback Djibril Sidibe was emphatic that Les Bleus wanted to retain top spot in the group and would bring their best against Denmark, music to the ears of Australia.

“We’re not kidding ourselves, we are relying on someone else to get a result for us but we’ve got to go do the business ourselves,” captain Jedinak told reporters on Sunday.

“We know we’re going to have to leave everything out on that pitch. Together as one.”

Australia will need to make at least one change to their starting side, with forward Andrew Nabbout ruled out of the match by Van Marwijk after suffering a shoulder injury in the 1-1 draw against Denmark.

Regular striker Juric, who came off the bench to replace Nabbout, declared himself fit to start after nursing a knee injury, but Van Marwijk may be tempted to gamble with teenager Daniel Arzani, who gave the Socceroos plenty of drive after coming on in the second half against the Danes.

Australian fans, however, will clamour for at least a cameo from World Cup hero Tim Cahill, the 38-year-old striker having been an unused substitute throughout.

Anderson Santamaria, a likely replacement for Rodriguez in central defence, insisted Peru wanted to finish their first World Cup in 36 years on a high note.

“In the next game against Australia, we want to give a victory to the fans of Peru who trust us a lot,” he said.