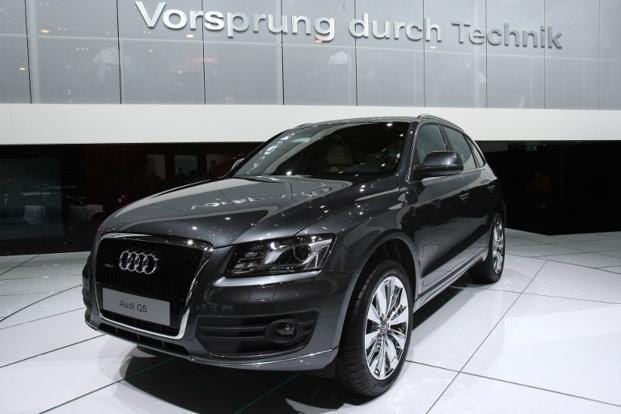 Audi India had in January this year launched the diesel variant of the new Q5. Photo: Ramesh Pathania/Mint

The new Audi Q5 is powered by a two-litre, 252 BHP petrol engine mated with seven-speed transmission. It has a top speed of 237 km/hr and is capable of accelerating from 0-100 km/hr in 6.3 seconds, Audi India said in a statement.

“In line with our petrol strategy, we clearly want to increase the contribution of petrol variants in our total sales and with the launch of the Audi Q5 45 TFSI, our entire Q range is now available with petrol options,” Audi India head Rahil Ansari said. The Audi Q5 is one of the best-selling models in its class in India, and with the launch of the petrol variant, the model will further strengthen its foothold in the Indian market, he added.

Audi India had in January this year launched the diesel variant of the new Q5. “We received over 500 bookings for the all new Audi Q5 TDI (diesel) model within a month of its launch in India, a testimony to its leadership position in the segment,” Ansari said.

The all-wheel drive petrol variant has five driving modes and is equipped with safety features such as eight airbags, anti-lock braking system (ABS), electronic brake distribution and electronic stabilisation control system among others, the statement added.