Miku and Sunil Chhetri account for five of Bengaluru FC’s six goals so far in the season. Counting even the last ISL season, the pair have struck 29 out of BFC’s 40 goals.
In the current season, Miku has struck twice, while Chhetri has three goals to his name. 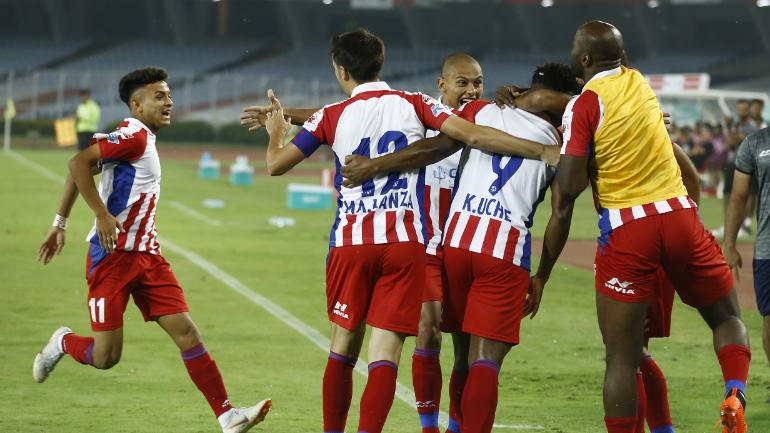 The clash of titans is later this evening as two-time ISL champions ATK host two-time I-League champions Bengaluru FC in an Indian Super League encounter at the Salt Lake Stadium.

Bengaluru FC have played the least amount of matches (three) among all the other teams in the ISL, while ATK will play their sixth one.

The game will mark the first time that ATK defender John Johnson will face his former team. Johnson has recorded 86 caps for Bengaluru FC during his five-season stint with the club. As for ATK, he has featured in all their five matches so far and is expected to take the pitch against his former club.

The match was earlier supposed to be played at the Sree Kanteerava Stadium but due to the Karnataka Rajyotsava celebrations on November 1, the game was moved to the Vivekananda Yuba Bharati Krirangan by the ISL.

This also means that Bengaluru FC will play their next match at home only on November 26, against Delhi Dynamos.

The away factor will be a worry for Carles Cuadrat’s men against the resurgent ATK team, coached by Steve Coppell. “I think they (ATK) are an excellent team. They are a really, really good team,” Cuadrat said before the game.

“If you see in the last three games, they got seven points. We also have seven points in the last three games. So, they are a really hard team to play with good sensations. After the international break they started well, so that break helped them to build towards something. They have excellent players, excellent football players that can change the game,” Cuadrat added.

Yet, Coppell feels his team can improve and definitely need to up their game if they want to beat BFC.
“We always look to improve. We view every game and ‘Do we think we could have done things better? Yes of course.’ We make demands of ourselves to try and improve. I don’t think one win at home is gaining momentum,” Coppell remarked.

“Considering the teams in ISL, it is difficult to win at home, but we won the last game and it’ll be great for us to actually start momentum by winning again. And that’s our aim. We have practised hard and practised well this week. We are going into this game with anticipation and are looking forward to the match,” he added.

With Kalu Uche and Manuel Lanzarote’s partnership looking good, it will be interesting to see if the duo of Sunil Chhetri and Miku can upstage them at home.