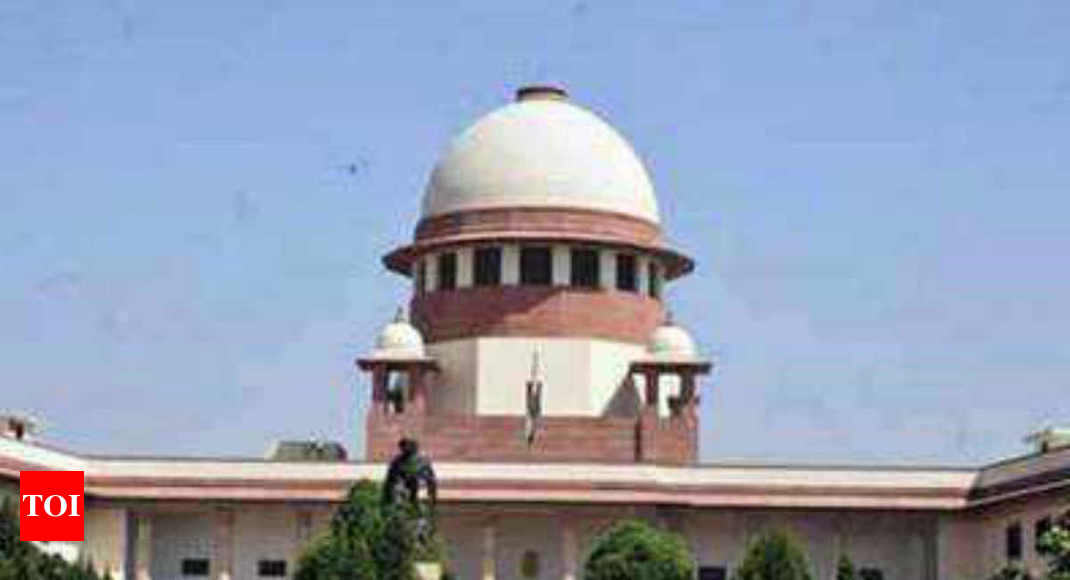 NEW DELHI: Even as the Supreme Court on Thursday said the judiciary could not “legislate” to prevent tainted persons from contesting elections, attorney general K K Venugopal suggested that the SC could recommend to Parliament to enact a law debarring those from polls against whom charges had been framed in heinous crimes.

A bench of CJI Dipak Misra and Justices R F Nariman, A M Khanwilkar, D Y Chandrachud and Indu Malhotra conferred among themselves several times and told a bunch of petitioners, who sought a direction to debar candidates with criminal background from contesting elections, that the SC was bound by the ‘Laxman Rekha’ which mandated constitutional courts only to declare the law and not legislate.

But Justice Nariman said Article 102 of the Constitution and provisions of Representation of the People Act provided grounds for disqualification from contesting polls and empowered only Parliament to add to it. However, CJI Misra said the SC had ordered filing of affidavits by candidates declaring their criminal antecedents and providing ‘none of the above’ (NOTA) provision to voters.

However, would the SC be going beyond its boundaries if it proceeded to add more disqualification grounds, he asked. The SC recognised that there was a grievance among citizens that criminalisation of politics was on the rise.

The CJI asked the AG how the rising tide of criminalisation of politics could be arrested, even as Krishnan Venugopal, standing opposite his father K K Venugopal, agreed with Dwivedi that Parliament would never enact a law to debar criminals from polls as parties preferred them as their candidates since their winnability was much higher than ordinary candidates.

The AG took a bold stand on behalf of the Centre and said the SC could recommend to Parliament to enact a law debarring those against whom a trial court had framed charges in a heinous offence and s/he had exhausted her/his remedy up to the SC in seeking a stay.