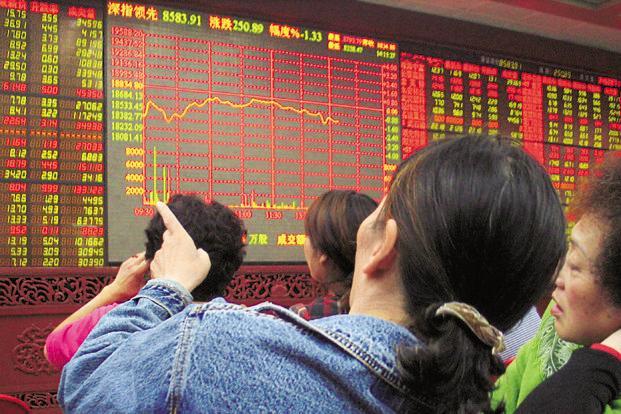 Equities in Hong Kong and China recouped most of their decline, while shares in Japan pared losses.

Asian stocks largely reversed losses and US equity futures climbed with Treasury yields, after China said its vice commerce minister will visit America for trade talks in late August. The dollar slipped and the yuan climbed.

Equities in Hong Kong and China recouped most of their decline, while shares in Japan pared losses. The dollar, which has seen recent strength on its role of a haven, fell for the first time in six days. Crude oil steadied after slipping below $65 a barrel following a report that showed an increase in American stockpiles. The Australian dollar jumped as hopes on trade outweighed a decline in June employment. Emerging-market shares steadied, as the intraday drop from their January high reached 20 percent.

The potential for a breakthrough in the trade standoff between China and the US is helping shake off some of the caution that’s weakened risk assets over the past week. Markets have been rocked as turmoil in Turkey weighed on sentiment across many emerging- and developed-nation assets.

The Turkish lira fell Thursday after spiking as Turkey moved to deter short-selling of the currency while Qatar promised Wednesday to invest $15 billion in the Turkish economy to help the country avert a financial crisis.

Elsewhere, metals recovered some what after a hammering Wednesday. In Hong Kong, currency interventions continued after the currency fell to the weak end of its trading band.

Here are some key events coming up this week:

Earnings are still to come from companies including Maersk and Carlsberg. Brexit talks between the EU and the U.K. resume in Brussels Thursday.

These are the main moves in markets: