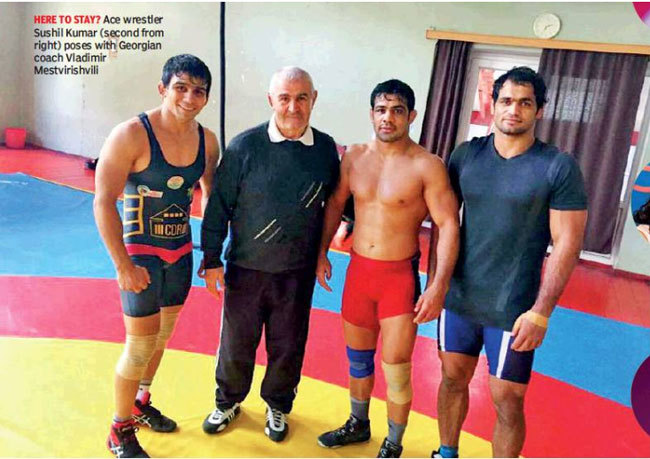 Abhinav Bindra is celebrated by Indians as their lone individual Olympic gold medallist; Sushil Kumar is the only Indian with two individual Olympic medals to his name, while Neeraj Chopra is the first javelin thrower from the country to win a gold medal at the Commonwealth Games, apart from being the world junior champion.

These names embody the attributes of perseverance, determination and resilience. But ever wondered who worked behind the scenes to transform these athletes’ career from a sporting novice to a legend? It’s the coaches, especially those from foreign shores employed in India, who work tirelessly in equal proportion to bring out the best in their wards. Foreign coaches, with due respect to all our national coaches, have shaped the careers of many Indian sporting icons, but have mostly remained unsung.

Apart from Bindra’s single-minded determination to succeed, he would have struggled in his bid to become the best in his field had he not got the support of his German coach for 16 years, Heinz Reinkemeier. Similarly, if legendary Georgian Vladimir Mestvirishvili hadn’t coached Sushil for Beijing and London Games, India may have still been searching for a double Olympic medallist. Or, for that matter, had it not been for Australian Garry Calvert, who recently passed away following a heart attack, India may have still been hunting for that elusive gold medal in javelin.

Table tennis player Manika Batra stole the limelight at the Gold Coast Commonwealth Games, winning four medals. And a lot of credit for her success goes to her foreign coach, Italian Massimo Costantini. The contribution of Cuban coach B I Fernandez to Indian boxing has been immense in the past two decades.

So, it is no surprise that for the upcoming Jakarta-Palembang Asian Games, India will have in its fold a battery of foreign coaches. Around 30 foreign coaches and experts will accompany the Indian athletes as compared to some 50-odd Indian coaches.

The athletics team will be accompanied by six foreign coaches, shooting four, badminton three (including two ‘P’ category accreditations), boxing two and hockey teams (both men and women) will have six foreign experts (including the scientific advisor) to help them. In fact, the boxing federation has started a new trend by designating Santiago Nieva and Raffaele Bergamasco as the chief coaches, sidelining national coaches Shiv Singh and S R Singh, who have aged as well.

India’s dependence on foreign coaches isn’t a new phenomenon. The trend started in the 1980s when the athletics federation hired foreign experts. But the surge came just around the 2000 Sydney Olympics. That’s the time disciplines like hockey, shooting and weightlifting started getting help from foreigners. The sports ministry gradually opened its coffers and started funding contingents for more exposure trips, buying equipment and appointing foreign support staff.

The faith and belief in a foreign coach’s ability has always been there. They have always been preferred over our national coaches – given their experience, scientific knowledge and their record of delivering impressive results. Thus, they are paid highly for their services: ranging from $4,000 to $15,000 per month. India didn’t hesitate in giving former Dutch hockey coach Roelant Oltmans $15,000 per month and is paying the current hockey high performance director David John $12,000 per month.

Now, the foreign coaches have been given more power, more say at the management level. They are deeply involved in framing the selection policy, preparing the Annual Competition and Training Calendar (ACTC) and finalising the dates and venues of national camps which has always been primarily the job of a federation.

The question here is: Why is India so dependent on foreign coaches? It’s because we as a sporting nation have not been able to develop and upgrade our own coaching programmes and systems. Sadly, India’s sports administrators have not been able to enforce an important clause which forms part of every foreign coach’s contract: they should train their Indian counterparts by holding workshops during the offseason. And until that happens, India will continue to bank on foreign help for its talented athletes.

The XII Asiad were held from October 2 to October 16, 1994 in Hiroshima, Japan. The main theme of the Hiroshima edition was to promote peace and harmony among Asian nations. The venue was the site of the first atomic bomb attack during second World War. Iraq was suspended from the games due to the 1991 Gulf War.

China’s Yao Weili‘s record jump (6.91m) in women’s long jump in the 1994 Hiroshima Asiad is yet to be broken. Weili had achieved her personal best in June 1993 in Jinan, China.