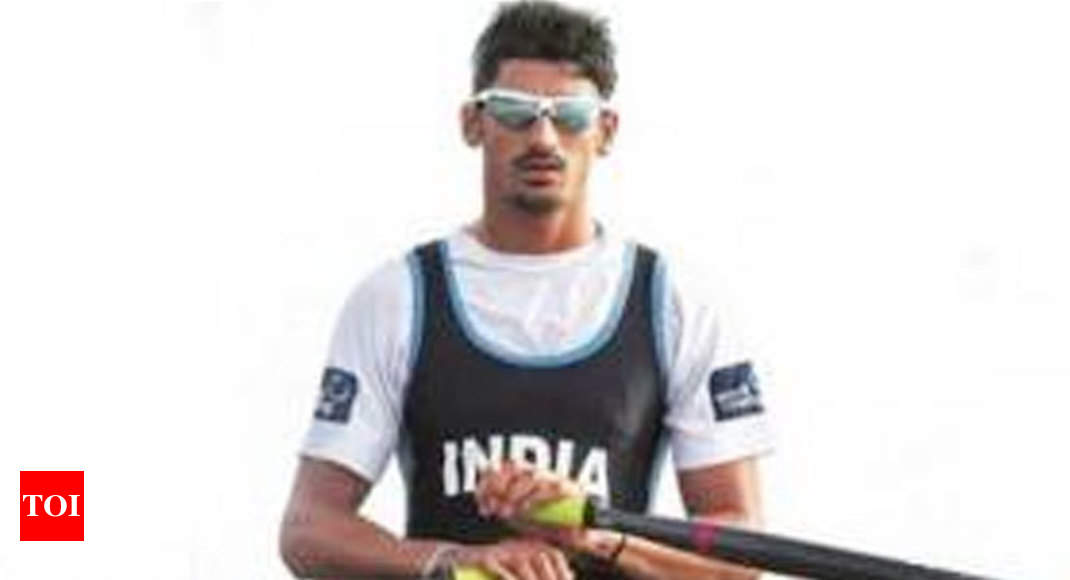 DALELWALA, MANSA: Dalelwala village in Mansa, Punjab, is known to be a haven for addicts; chitta (heroin), kokka (cocaine), hashish (cannabis) or simply samaan (drugs) fly off the shelf in the village.

Motorcycle-borne youngsters, mostly in their teens or early 20s, zip through the poorly constructed roads of this village. Several of them gather in a huddle and seek a high from drugs.

The drug business is brisk, so much so that more than 300 cases were registered against people of the village under the Narcotic Drugs and Psychotropic Substances Act in 2016. Despite all this, top Indian rower Swaran Singh Virk, who is gunning for glory at the 2018 Asiad, managed to carve a niche for himself.

“Drug addiction is rampant in our village. The youth is hooked to chitta, and that’s ruining several lives. Saving both my sons – Lakhwinder and Swaran – from the clutches of drugs is my biggest achievement. Thankfully, both stayed away and got selected in the Indian Army and Punjab Police,” says Gurmukh Singh, Swaran’s father. Gurmukh tills 10 acres of land that the family owns at the village.

Swaran completed his education at different places in Mansa. “Wherever he went, he saw rampant use of drugs. I sent him to Jhunir so that he could complete his Plus 2 in peace. But, that place too was notorious for drugs,” states Gurmukh.

Swaran’s life changing moment came in 2008, when he joined the Indian Army. He was selected in the 10 Sikh Regiment as a sepoy and was first posted in Jharkhand.

It was in 2009 when his unit was preparing for the Republic Day parade that an order came, which stated ‘new recruits, who are more than 1.85-metre tall and well built, wanted for the rowing team’.

Swaran along with two others were chosen and sent to the Army Rowing Node in Pune and his army training helped. “My coach Ismail Baig has played a big role in shaping my future. He has been a constant source of strength for me and has always motivated me whenever I have felt out of sorts,” he adds.