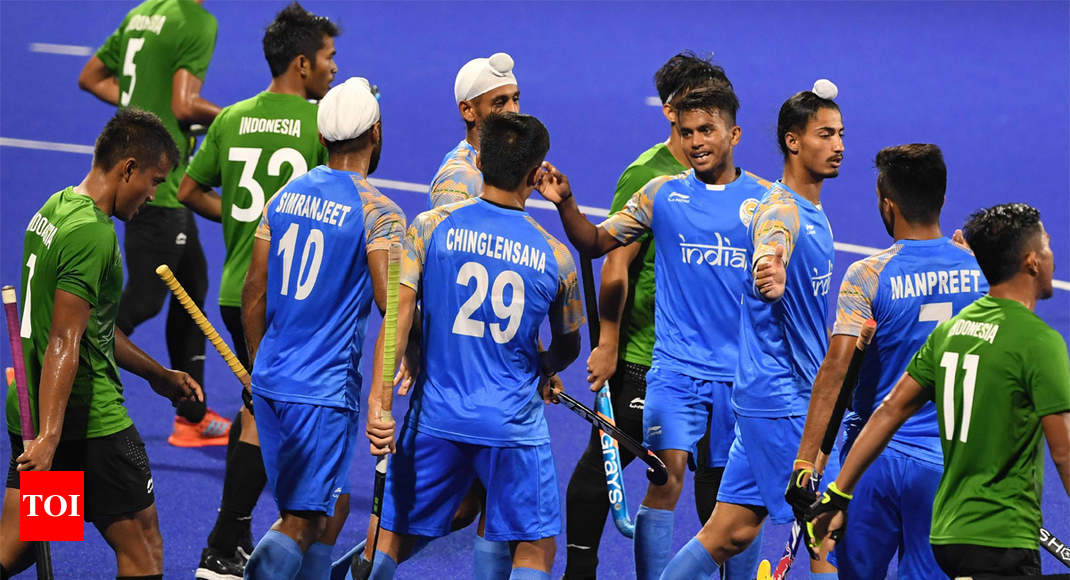 JAKARTA: Indian men’s hockey team hammered a lowly Indonesia 17-0 to open its title defence in a rousing fashion at the Asian Games, on Monday.

As many as three Indian players scored a hat-trick each as India toyed with the Indonesians in the lop-sided Pool A encounter.

It was expected to be a goal feast as Indonesians were never a match for the World No. 5 Indians. Indonesia got a chance to play in the event only by virtue of being hosts.

The floodgates opened from the onset and continued till the final hooter was blown.

The Indians had 40 shots at the goal out of which they converted 17.

India scored 10 field goals, six from penalty corners and one from the spot.

They converted six out of 11 penalty corners earned. Such was the difference in quality between the two sides that Indonesia had only one crack at Indian goal. India will next play Hong Kong China on Wednesday.