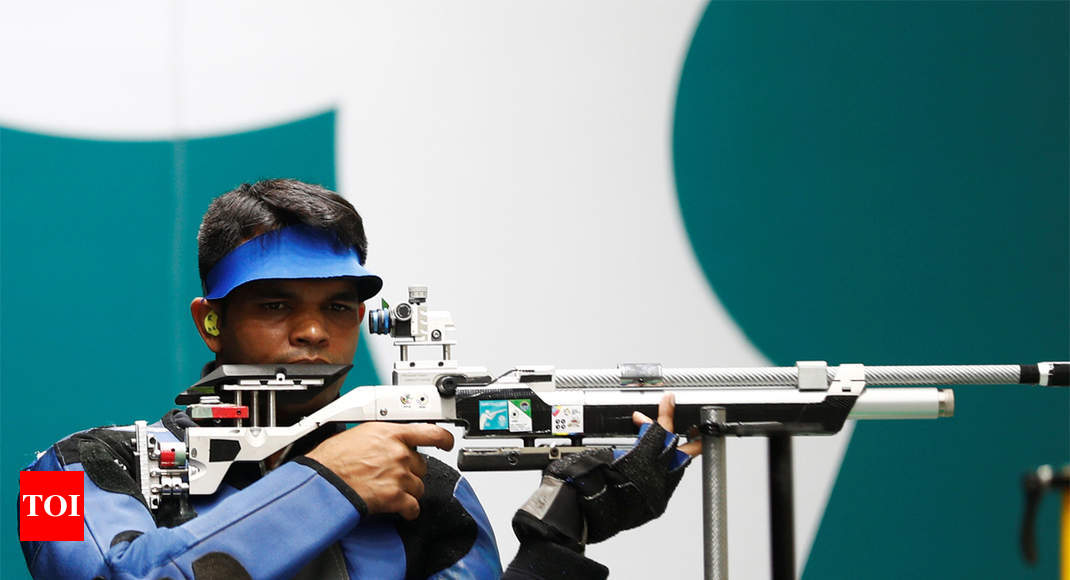 PALEMBANG: India’s Deepak Kumar produced a late surge to steal a silver in the men’s 10m rifle event at the Asian Games, giving the shooting contingent its second medal here.

China’s defending champion Yang Haoran was a cut above the rest, winning the gold with an aggregate of 249.1.

Deepak, who was not in the race for a medal until the 18th shot when he produced a perfect 10.9, earned his maiden Asian Games medal with 247.7, pushing Taipei’s Lu Shaochuan to third with 226.8 in the 24-shot final.

Ravi Kumar, who had won a mixed team bronze alongside Apurvi Chandela on Sunday, was unlucky to miss out on a medal. He was eliminated after the 20th shot, scoring 205.2.

For the Delhi-based Deepak, it was his first major individual medal, after having won a World Cup in mixed team event alongside Mehuli Ghosh in Guadalajara earlier this year.

A medal from a highly competitive field is a promising result but still there is a long way to go before the current crop can match the performances by Olympic medallists Abhinav Bindra and Gagan Narang.

Deepak and Ravi had finished fourth and fifth in the 60-shot classification held earlier on Monday. The top eight qualify for the finals.

Late in the finals, Deepak shot a perfect 10.9 to dislodge his Air Force mate Ravi before producing a 10.8 to pip the Taipei shooter.

Giving a peek into his state of mind while he was trailing for major part of the finals, Deepak said he just thought about what his coach Manoj Kumar would say.

“I was trailing also in the qualification. I just thought about his words. He often says ‘you have the potential and you know your limits’. Starting was not good, the middle was worse. So I just tried to stay calm,” the 30-year-old told PTI.

Asked how he felt beating his friend and Air Force roommate Ravi, he had a philosophical take: “We don’t think on those lines when you are shooting. We are close friends and spend a lot of time together. But it is an individual sport.”

Deepak broke into the Indian team only last year, having picked up shooting back in 2004. However, Deepak sees this medal only as the beginning.

“Everyone keeps thinking about what they will get. I believe in spreading whatever I have learnt from my days in Gurukul. You eventually get your due. There is not point feeling sad about anything. Life is short,” said the spiritual shooter.

Deepak’s parents sent him to Gurukul Academeny in Dehradun for his schooling. He is a Sanskrit expert and tries to spread all values he has learnt at Gurukul.

“I am what I am because of Gurukul. It has taught me the true values of life. My parents sent me away from Delhi because they did not want me to study in a city environment,” he added.