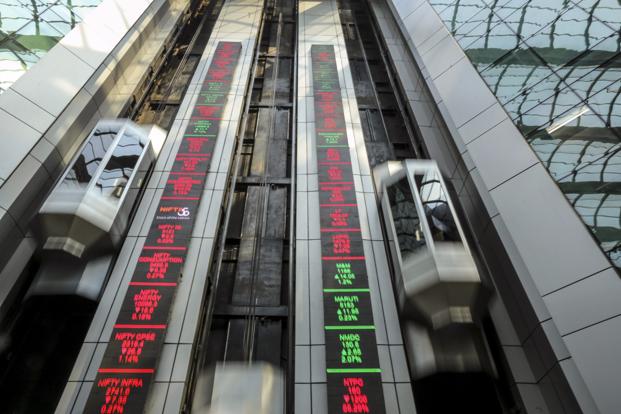 There are signs investors are warming up to midcap and smallcap stocks as a revival in economic growth and company profits help build investor conviction in the growth cycle. Photo: Bloomberg

Mumbai: Indian stocks may be Asia’s star performers this year, but Ashburton Investments Ltd. is focusing on one corner of the $2.2 trillion market that has been spared the euphoria: mid-cap shares. Mid-sized companies whose earnings are tied to the local economy offer better protection against the headwinds from a trade war and the turmoil in Turkey. They are also beginning to look attractive after the recent battering, according to the fund that oversees $10 billion in global assets.

“We remain domestically focused,” Jonathan Schiessl, the fund’s chief investment officer wrote in an email. “In an environment of increasing global uncertainty, I’m not so sure that investors should be chasing either export-related names or companies reliant on global pricing.”

While India’s benchmark S&P BSE Sensex gauge has hit multiple records since surpassing this year’s peak in July, gains have been lopsided as investors sought protection in the biggest stocks. The sell-off in mid- and small-cap stocks – 2017’s winners – has left smaller firms trading near the biggest price discount to the Sensex since March 2016, data compiled by Bloomberg show.

“The herding strategy to a few mega-cap stocks has worked well, but is getting long in the tooth,” Schiessl said. Some small and mid-cap stocks that have been recently sold off now offer value to investors seeking to benefit from domestic spending, he said.

There are signs investors are warming up to such companies again, as a revival in economic growth and company profits help build investor conviction in the growth cycle. A gauge of 99 mid-sized companies closed at a three-month high on Monday, though it remains 10 percent below its January 8 record. Earnings at about 60 percent of NSE Nifty 50 Index firms either met or exceeded average analyst estimates for end-June quarterly results. 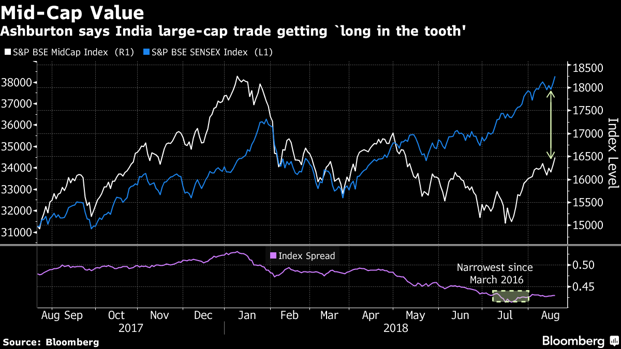 The share of corporate profits in India’s gross domestic product is close to all-time lows, which means the “upcycle could be quite significant, a contrast to most parts of the world,” Ridham Desai and Sheela Rathi, Mumbai-based Morgan Stanley analysts, wrote in a note.

“India ranks as a low beta market in an emerging market context, which is attractive with Turkey and global trade worries,” Schiessl said. “That is a result of India being primarily a domestic economy, and one that’s finally showing signs of both GDP and earnings growth recovery.”