As rupee bleeds, forex reserves plunge by $25.147 billion since April peak | BUSINESS
Categorized as
115
Tagged as
dollars to defend the local currency.
Related 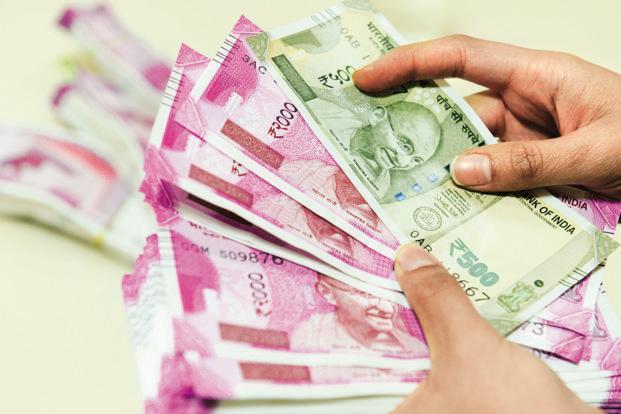 The rupee had on Thursday closed at a historic low of 70.15 to the dollar.

Mumbai: The country’s forex reserves have declined by $25.147 billion between 13 April and 10 August, with the rupee on a downward spiral since the beginning of the year forcing the Reserve Bank to sell dollars to defend the local currency.

It attributed the drop to a steep fall in the foreign currency assets. Though officially the RBI does not maintain the rupee at a determined level, the massive fall in the reserves clearly shows that the central bank has been selling the greenback to prop up the domestic currency.

The rupee had on Thursday closed at a historic low of 70.15 to the dollar. It had touched an intra-day low of $70.40 on Thursday, making it one of the worst performing emerging market currencies, losing over 9% since January this year.

The currency market was closed on Friday for Parsi New Year.

Since 13 April till 17 August, the country’s reserves have been depleted by $25.14 billion due to the RBI’s intervention in the foreign exchange market. That the Reserve Bank has been heavily intervening in the market is clear as it has been a net seller of the US currency between April and June.

The monetary authority has sold a massive $14.434 billion of the US currency on a net basis in the three months in the spot market.

In the week to 10 August, the foreign currency assets, a major component of the overall reserves, plummeted by $1.949 billion to $376.265 billion, as per the latest data from the central bank.

Expressed in US dollar terms, foreign currency assets include the effect of appreciation/depreciation of the non-US currencies such as the euro, pound and the yen held in the reserves. However, gold reserves rose by $145.6 million to $20.691 billion in the reporting week. The special drawing rights with the International Monetary Fund (IMF) dipped by $9.2 million to $1.466 billion.

The country’s reserve position with the IMF also declined by $9.2 million to $2.458 billion, the apex bank said.