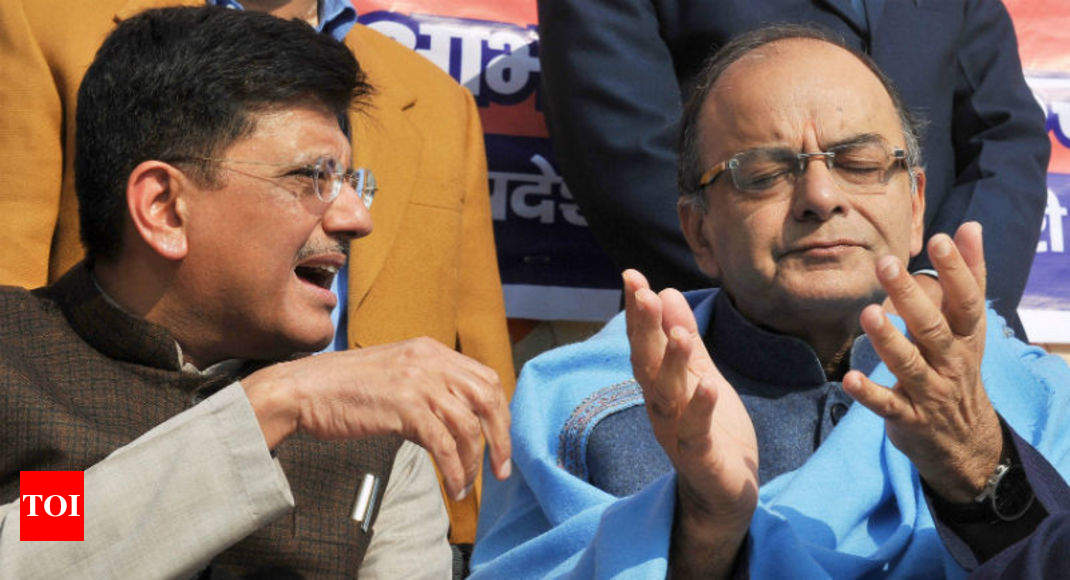 NEW DELHI: Finance minister Piyush Goyal said on Sunday that Arun Jaitley was expected to be back in office soon. Jaitley is recovering from a kidney transplant and Goyal has been officiating as the finance and corporate affairs minister.

Union minister Jaitley made his first public appearance in two months via a video conferencing when he addressed the first anniversary of implementation of the Goods and Services Tax (GST), India’s biggest economic reform since Independence.

He stopped coming to office in early April owing to a kidney-related ailment. Jaitley underwent a kidney transplant on May 14, following which the charge of the Ministry of Finance and Corporate Affairs, which he had been holding since the BJP stormed to power in May 2014, was given on an interim basis to Railways and Coal Minister Piyush Goyal.

While he was being treated for kidney ailment, Jaitley on May 3 chaired the GST Council meeting, his last public appearance.

Since his surgery, he is confined to a controlled environment of his home to avoid contracting infection. He has held meetings with finance ministry officials through video conferencing from his home but had not made any public appearance.

In his speech, the minister said GST has helped in boosting direct tax collections in the April-June quarter of this fiscal. He also said that as tax collections go up, further rate rationalisation would be possible.