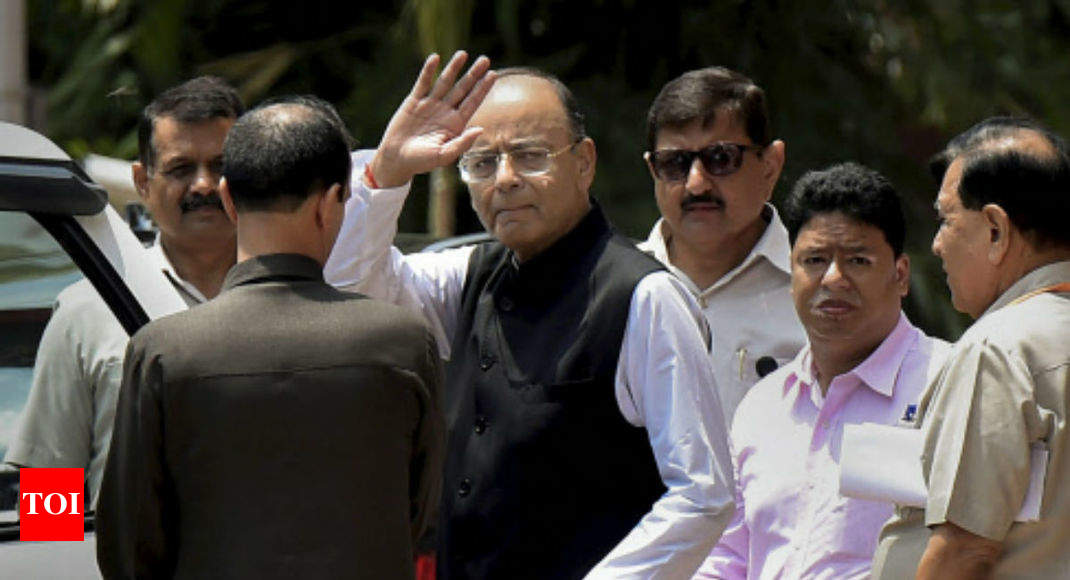 NEW DELHI: For the first time since his kidney transplant, Union minister Arun Jaitley made a public appearance by attending Rajya Sabha on a day NDA candidate Harivansh was elected deputy chairman.

Jaitley, who is leader of the House, is expected to rejoin the government as finance minister later this month. Rajya Sabha MPs, including leader of opposition Ghulam Nabi Azad, welcomed him back in the House. PM Narendra Modi too expressed happiness on Jaitley’s presence.

Jaitley, who had not made any public appearance for almost four months, acknowledged the greetings. Jaitley accompanied Harivansh to the designated seat of the deputy chairman, which is next to that of the leader of opposition.

“Harivanshji has always spoken in the House with complete preparedness, even during his initial years as a member. I am confident that Harvanshji will take forward the prestige of the House and that it will function more effectively from now on,” Jaitley said.

As soon as the House assembled for the day, members welcomed him by thumping desks. Chairman M Venkaiah Naidu asked members not to go near Jaitley or touch him, apparently to protect him from contracting any infection.