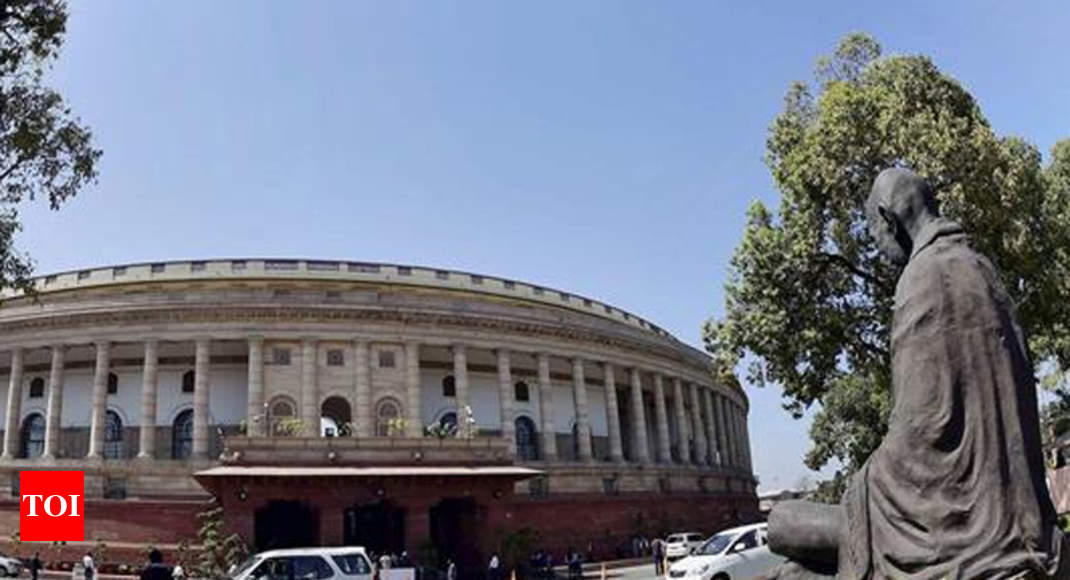 NEW DELHI: Monsoon session of Parliament begins on Wednesday and ends on August 10 during which there will be 18 sittings.

Both the BJP and the Congress have been offering deals to each other to ensure that some work gets done. However, worries remain if the impasse seen in the Budget session will carry over to this session with both the government and the opposition engaged in acrimonious exchanges in its run-up over a host of issues including religious polarisation, lynching incidents and banking scams.

The Congress on Tuesday announced it would bring a no-confidence motion + against the government and urged the Centre to accept it to enable a discussion. Congress leader in Lok Sabha, Mallikarjun Kharge, said the no-confidence issue was discussed with other opposition parties to forge a common stand. TDP has submitted a notice for no-confidence in the House and will raise it on Wednesday. The opposition raised the demand again on Tuesday by writing to the Speaker.

The opposition stance indicates that the standoff, which saw the Budget session being almost washed out, will in all likelihood continue.

However, BJP sources asserted that they will not take lying down the opposition offensive and will thwart attempts to corner the Modi government over issues convenient to them.

The ruling party has been raising the pitch over Rahul Gandhi’s reported remarks, which have been denied by the Congress, that his party is for Muslims. It has accused the Congress of Muslim appeasement and practising divisive politics.

The Congress on its part has accused Modi of pursuing divisive agenda to win elections after his governance “failure”.

Work: 68 pending Bills, of which 25 are listed for consideration and 3 for withdrawal.

—18 new Bills are listed for introduction.

—The government will also push OBC bill that seeks constitutional status for a commission meant for backward classes, a massive voting bloc being wooed by the saffron party.

Reality: The last session this year was the least productive since 2000 and Parliament spent just 1% of its time on legislative business in Lok Sabha and 6% in Rajya Sabha.

You pay for it: Each minute of Parliament session costs you Rs 2.5 lakh (that was in 2012, it costs much more now). That’s Rs 1.5 crore an hour and Rs 9 crore a day (assuming a 6-hour work day). Washouts mean your money down the drain.

Who’s responsible? The government, of course. There are ministers who get a salary (and perks) to ensure smooth functioning of Parliament.