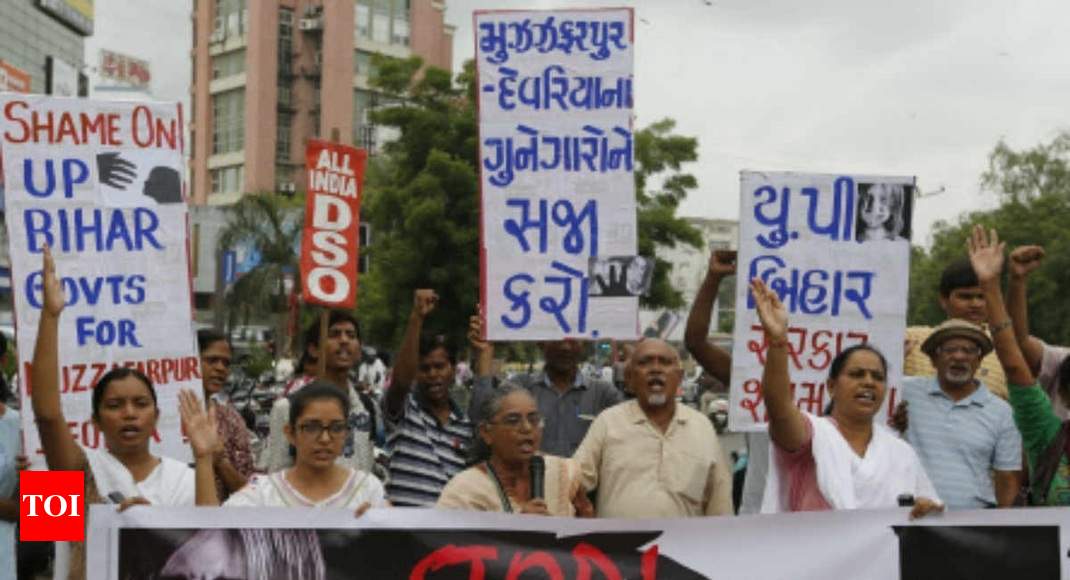 PATNA: Senior JD(U) leader and former Bihar minister Damodar Raut is now in the eye of the storm over the Muzaffapur shelter home scandal with the Opposition demanding action against him after his son was expelled from the party’s youth wing for alleged links with the prime accused Brajesh Thakur.

There have been reports that Raut was also questioned by the CBI, which is probing the case involving alleged rape of 34 inmates at a government-funded shelter home run by Thakur’s NGO, even though the JD(U) leader dismissed the allegations and said there appeared to be a “conspiracy” against him.

JD(U) has expelled the former minister’s son Rajiv Raut from the post of general secretary and the primary membership of youth wing of the party.

Damodar Raut, who is currently state vice president of Janata Dal (United) and had served as the social welfare minister during Nitish Kumar’s first tenure, is the second senior leader from the party to face the heat in the case.

Earlier, Manju Verma had to resign as social welfare minister following allegations about links of her husband Chandeshwar Verma with Thakur.

Youth JD(U) president and MLA Abhay Kushwaha told PTI, “We had expelled Rajiv Raut on Saturday itself. Report of his links to Brajesh Thakur was one of the reasons.”

“We were, even otherwise, contemplating action against him since he had been very indisciplined and in habit of skipping important organisational meetings,” Kushwaha said.

With Damodar Raut’s son getting the axe, the opposition RJD today asked Nitish Kumar to take action against the senior leader as well.

Leader of opposition in the state assembly Tejashwi Yadav shared a newspaper report on his official Twitter handlem which claimed that Damodar Raut had been quizzed by the CBI in connection with the Muzaffarpur scandal on Saturday.

“Nitish ji, when are you expelling your cabinet colleague for 10 years (sic) and vice president of JD(U) in connection with Brajesh Thakur. If his son has been suspended then why he is spared. What relation your party shares with main culprit of Muzaffarpur shelter home. Where is morality”? Yadav tweeted.

When contacted, Damodar Raut refuted the reports that he was interrogated by the probe agency and expressed dismay over action against his son.

“The CBI has not spoken to me for even a second. All the reports suggesting that I was grilled for five hours are fake. There seems to be a conspiracy against me”, Raut told PTI-Bhasha.

He also denied any links of his son with Brajesh Thakur and said, “Neither of us knew him. People are drawing conclusions based on a photograph in which my son is shown standing beside Brajesh Thakur. The photograph was clicked at a wedding party where both happened to be present.”

Yadav’s tweet drew a sharp response from JD(U) MLC and spokesman Neeraj Kumar who said, “When are you expelling your father and convicted RJD chief Lalu Prasad from the party? You would not dare to expel any tainted character as it would lead to expulsion of your entire family from the party.”

Meanwhile, another former social welfare minister Parvin Amanullah, who had quit the JD(U) in 2014, told a news channel that it was the bureaucracy that is responsible for the rot in the department and he had taken note of this during his tenure and had also drawn the chief minister’s attention.

She, however, made it clear that during her tenure “the complaints were related mainly to financial improprieties and non-compliance with norms with regard to awarding of contracts to NGOs”.

“No complaints of sexual abuse had come while I held the portfolio,” she said.

The RJD’s allies — the Congress and the Hindustani Awam Morcha (HAM) — have also attacked Chief Minister Nitish Kumar over alleged irregularities in the social welfare department.