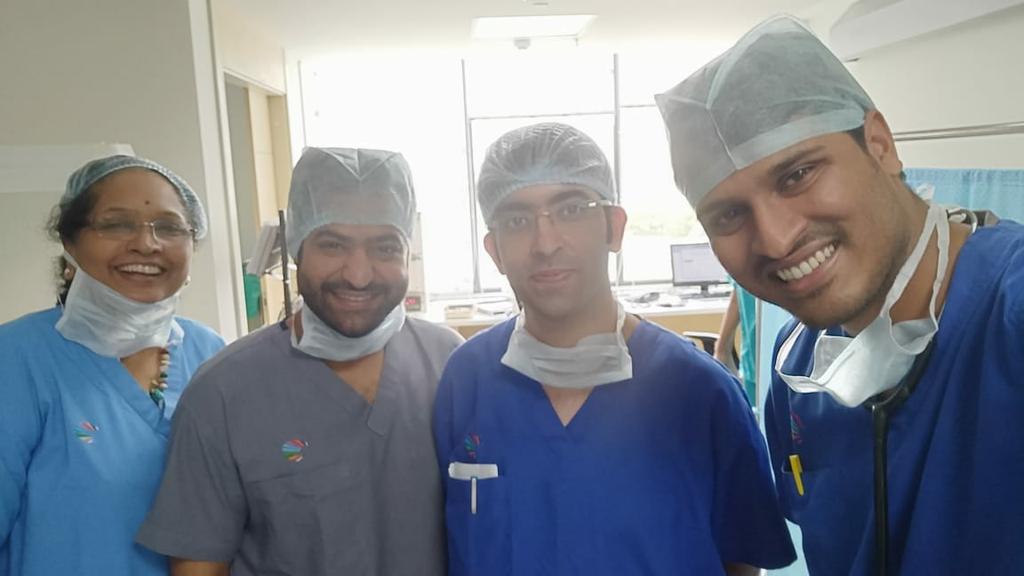 Jr NTR and his wife Pranathi have been blessed with their second child, a boy. The baby was delivered at around 1 pm on Thursday at a private hospital in Hyderabad. Both mother and child are doing well. The couple’s first son, Abhay Ram, was born in 2014.

Jr NTR has been shooting in and around Hyderabad for the past few weeks to ensure that he is always available to his pregnant wife. He had no shoot scheduled on Thursday, and so he was with her all day. Not long after the delivery, he tweeted, ‘The family grows bigger. It’s a BOY! (sic)’

The actor’s mother was with the couple at the time of the delivery. His father Hari Krishna and his brother Kalyanram congratulated him over the phone. According to a source, they are expected to visit the hospital in the evening to see the mother and the new baby boy.