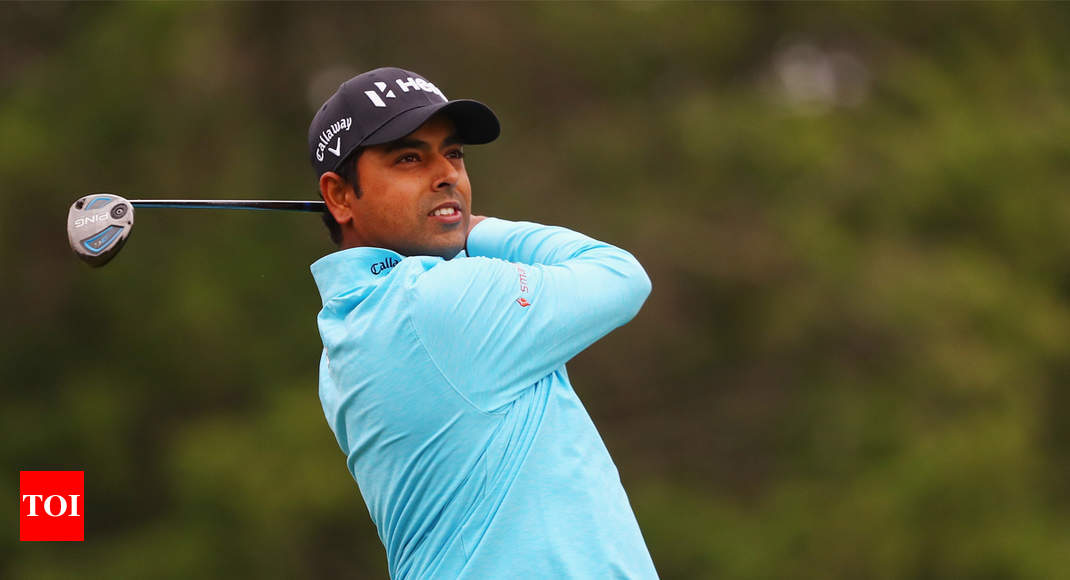 POTOMAC: Anirban Lahiri bounced back from a disappointing second round with a strong 5-under that took him to Tied-25 from after the third round of the Quicken Loans National.

Six birdies, three of them from over 16 feet, against one bogey, saw Lahiri card 65 and rise to 4-under 206 and give him a chance to register another good finish this week. Lahiri was T-9 last week at Travelers.

Lahiri, who seemed to be having trouble on the greens has been much better last two weeks, though the second nine of the second round this week was an aberration with two doubles. Lahiri would be ruing the two double, but for which he may have been in strong contention on the TPC Potomac at Avenel Farm.

Francesco Molinari (65) and Abraham Ancer (62) were in shared lead at 13-under, while Tiger Woods ran off four straight birdies and finished the front nine with seven consecutive one-putt greens. But after a 3-under front nine, he was one-over for the back nine.

Woods was six shots behind, the seventh straight tournament he has been at least five shots behind going into the final round. But he was much closer than that at one stage. With his fifth birdie of the front nine, Woods was one shot out of the lead.

And then he opened the back nine with a pair of birdie chances just inside 10 feet and missed the both. He never really regained his momentum, finished with another bogey and shot 68.

Woods said, “I thought that 10 under (total) would have been a good score for me to end up at for the day, and I could have easily gotten that today on the back nine.”

The nine players ahead of Woods have combined for just five official PGA Tour victories.

Ancer birdied two of his last three holes for the lowest score of his career, an 8-under 62, giving the 27-year-old Mexican his best shot at a first PGA Tour victory.

Molinari also is going for his first official PGA Tour victory, though he won a World Golf Championship in Shanghai in 2010, which then was not recognized by the PGA Tour. They were 13-under 197, two clear of Ryan Armour (68) and Zac Blair (66).