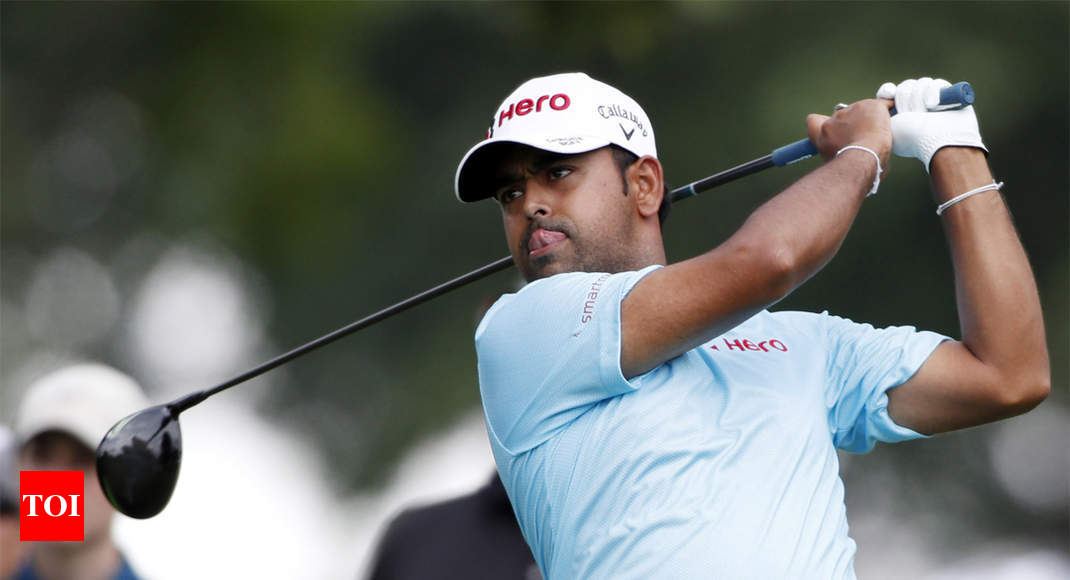 AKRON (US): India’s Anirban Lahiri battled to an even-par 70 to slip to tied 16th spot after the second day of the WGC-Bridgestone Invitational golf tournament here.

Following on his first-round score of five-under 65, Lahiri is now five-under for 36 holes but slipped from overnight tied seventh to tied 16th.

Overall, Lahiri had three birdies and three bogeys for a par round at the Firestone Country Club on Friday.

Meanwhile, young Shubhankar Sharma had a miserable second day at the event with a disappointing nine-over 79 that took him to 11-over 151. He was last at the 71st spot and had no birdies against nine bogeys on the second day.

Race to Dubai champion, Tommy Fleetwood had seven birdies in his 63 as he took a share of the lead alongside Ian Poulter (62-67) and Justin Thomas (65-64) at the halfway stage.

After putting beautifully in first day when he also hit some great approaches, things were not as simple on the second day for Lahiri.

He hit seven of 14 fairways and 10 of 18 greens in regulation but missed a couple of short putts, one from five feet and two others from 10 and 14 feet.

On first day he had no misses inside 10 feet but in the second round Lahiri did chip on the eighth hole, his second last hole of the day.

Starting at the par-4 10th, Lahiri’s 117-yard approach to seven feet set himself up for the birdie on the hole, but on the par-4 11th, his tee shot went 292 yards to the left side of the fairway.

His second shot then went 117 yards to the right greenside bunker, and he came out needing to hole a 20-footer for par and he failed for a bogey.

On par-4 13th hole, Lahiri hit his approach shot to inside four feet for a birdie, but missed his par putt from 6 feet on 17th for a 3-putt bogey from 26 feet.

Lahiri bogeyed sixth, but holed a chip from 38 feet for a birdie that ensured a par round.