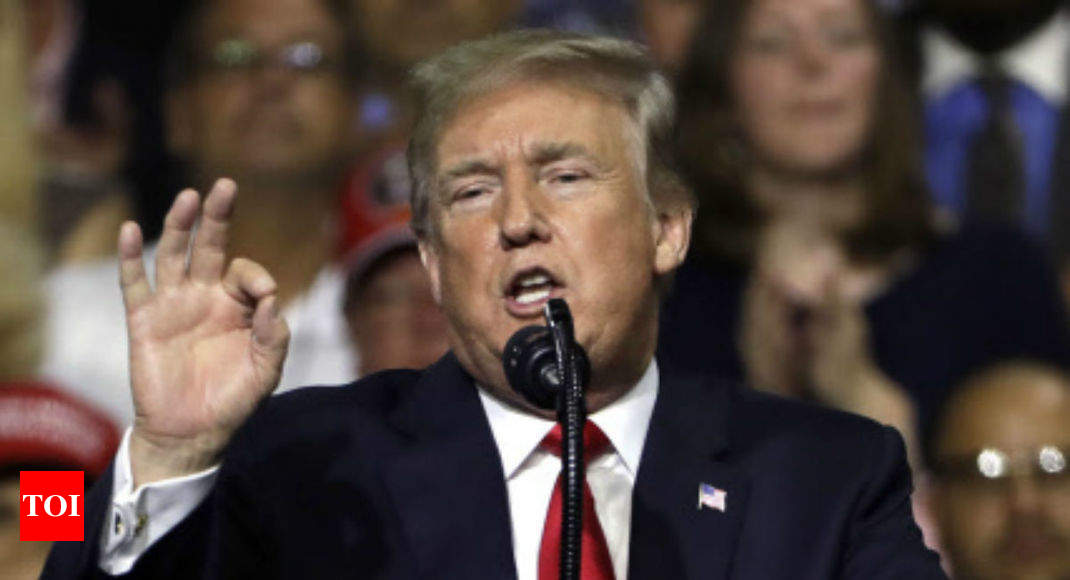 TEHRAN: Iranians voiced anger, fear and defiance today as the US reimposed sanctions and their leaders dismissed President Donald Trump’s offer of talks as an act of “psychological warfare”.

Trump’s withdrawal from a landmark 2015 nuclear agreement in May had already spooked investors and triggered a run on the Iranian rial long before nuclear-related sanctions went back into force.

“I feel like my life is being destroyed. Sanctions are already badly affecting people’s lives. I can’t afford to buy food, pay the rent…” said a construction worker on the streets of the capital.

The sanctions reimposed today — targeting access to US banknotes and key industries such as cars and carpets — were unlikely to cause immediate economic turmoil.

Iran’s markets were actually relatively buoyant, with the rial strengthening by 20 per cent since Sunday after the government relaxed foreign exchange rules and allowed unlimited, tax-free gold and currency imports.

But a second tranche to return to effect on November 5 covering Iran’s vital oil sector, could be far more damaging — even if several key customers such as China, India and Turkey have refused to significantly cut their purchases.

In a statement yesterday just hours before the sanctions went back into effect, Trump said: “The Iranian regime faces a choice.

“Either change its threatening, destabilising behaviour and reintegrate with the global economy, or continue down a path of economic isolation.

“I remain open to reaching a more comprehensive deal that addresses the full range of the regime’s malign activities, including its ballistic missile programme and its support for terrorism,” Trump said.

But his Iranian counterpart Hassan Rouhani dismissed the idea of talks while crippling sanctions were in effect.

“If you’re an enemy and you stab the other person with a knife, and then you say you want negotiations, then the first thing you have to do is remove the knife,” he told state television.

European governments are infuriated by Trump’s strategy, which leaves their businesses in Iran faced with the threat of US legal penalties.

“We are determined to protect European economic operators engaged in legitimate business with Iran,” she said in a statement co-signed by the foreign ministers of Britain, France and Germany.

But many large European firms are leaving Iran for fear of US penalties, and Trump warned of “severe consequences” for firms and individuals that continued to do business with Iran.

There is also mounting pressure at home, where US hostility has helped fuel long-running discontent over high prices, unemployment, water shortages and the lack of political reform.

Those protests have proliferated over the past week, though verifiable information is scarce due to heavy reporting restrictions.

Most Iranians see US hostility as a basic fact of life, so their frustration is largely directed at their own leaders for not handling the situation better.

“Prices are rising again, but the reason is government corruption, not US sanctions,” said Ali, a 35-year-old decorator in Tehran.

Many hope and believe that Iran’s leaders will need to “drink the poison cup” and negotiate with the US eventually.

There have been rumours that Trump and Rouhani could meet in New York in September on the sidelines of the UN General Assembly — though Rouhani reportedly rejected US overtures for a meeting at last year’s event.

Two countries that have welcomed the tough new US policy are Iran’s regional rivals, Israel and Saudi Arabia.

Israeli Prime Minister Benjamin Netanyahu hailed the renewed sanctions as “an important moment for Israel, for the US, for the region, for the whole world.” Iran’s currency has lost around half its value since Trump announced the US would withdraw from the nuclear pact.

But the last two days have seen an impressive 20 per cent rally in the value of the rial after the government announced new foreign exchange rules and launched a corruption crackdown that included the arrest of the central bank’s currency chief.

The new rules mean exchange bureaus will reopen after a disastrous attempt to fix the value of the rial in April backfired spectacularly with corrupt traders making a fortune out of a mushrooming black market.