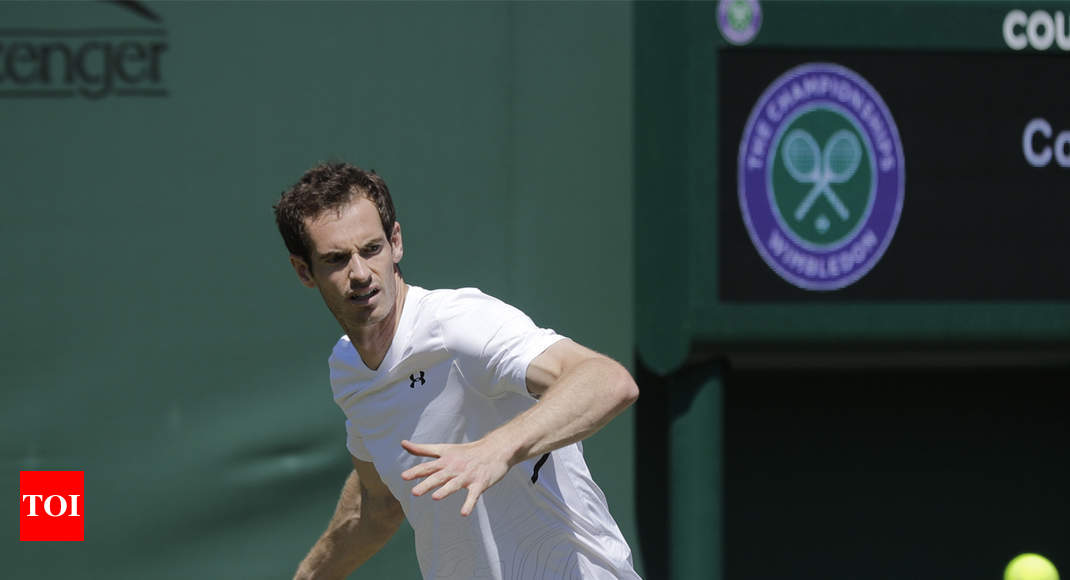 LONDON: Andy Murray is fighting to be fit for Wimbledon, but the former champion admits he could still be forced to pull out.

Murray is scheduled to play in his first round tie against France’s Benoit Paire on Tuesday.

But the former world number one, who was crowned Wimbledon champion in 2013 and 2016, is making slow progress in his return from hip surgery in January.

Murray has played just three matches since last year’s Wimbledon, winning one of his three matches on grass at Queen’s and Eastbourne over the last two weeks.

The 31-year-old is encouraged by his improving performances and has been practicing at Wimbledon for the last few days.

But he is still experiencing some discomfort on court and is far from the form that made him a three-time major winner.

Asked if he could withdraw from Wimbledon, Murray told BBC Radio Five on Sunday: “Yes, it is still possible. I am taking it literally each day. Some days I feel better than others.

“I have played three matches, which was great, the last couple of weeks against some top players and did well.

“Some days I wake up and don’t feel quite as good as others. It is a bit of stiffness, a bit of soreness, which is kind of normal based on the intensity I am practising at, compared to where I was even three or four weeks ago.

“I only started hitting balls two weeks before Queen’s, which is not particularly a long time, and quite soon into that you are competing at the highest level.

“You need to be very patient and literally take it day by day just now, and see where you are at.

“I need to kind of see how I feel every day, but in terms of winning this event, I have no belief or thoughts that that is going to happen, really.”