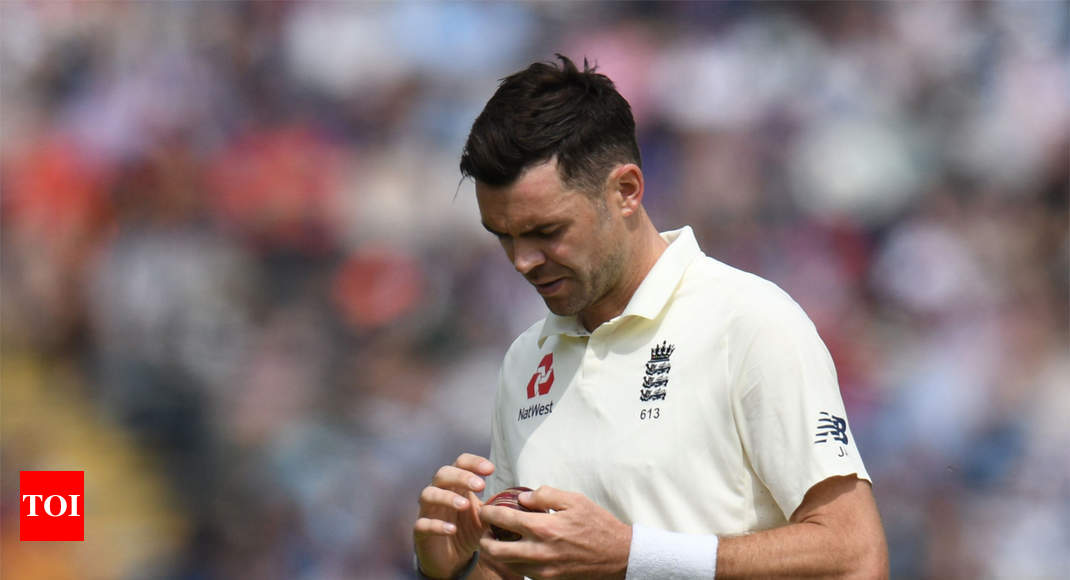 LONDON: England’s all-time leading wicket taker James Anderson could be in line for a return to the national side for the upcoming five-Test series with India after undergoing rehabilitation on a longstanding shoulder injury.

The 35-year-old swing bowler — who has taken 540 wickets in 138 Tests — has been out of action since early June, but will hope to prove he is fit in a second XI match for his county Lancashire on July 15.

Anderson is then due to play a County Championship match against old rivals Yorkshire in the “Roses match” on July 22.

He has described the schedule for the Test series against India, which begins at Edgbaston on August 1, as “ridiculous” with all five matches crammed into a six-week period.

“England seamer Jimmy Anderson will make his return to competitive cricket for Lancashire second XI in a three-day match against Nottinghamshire at Old Trafford starting on July 15,” read a statement from the England and Wales Cricket Board.

“Anderson, who has not played since the second Test victory over Pakistan on June 3, has spent the past month rehabilitating a long-standing right shoulder injury and returned to bowling working with Lancashire and England staff in the past seven days.

“As part of his plan, before the first Test against India starting on August 1, he will play for Lancashire seconds against Nottinghamshire and the Roses match in the County Championship Division One match against Yorkshire at Old Trafford starting on July 22.”

Anderson has struggled with the shoulder injury over the past two years and acknowledged after England squared the two Test series with Pakistan — in which he took nine wickets at an average of 19.11 — he needed to rest it, with the India matches coming thick and fast.

“I just need to get in the gym and get it strong,” he said in June.

“The India schedule is ridiculous with five Tests in six weeks and that will put a lot of stress on it.”