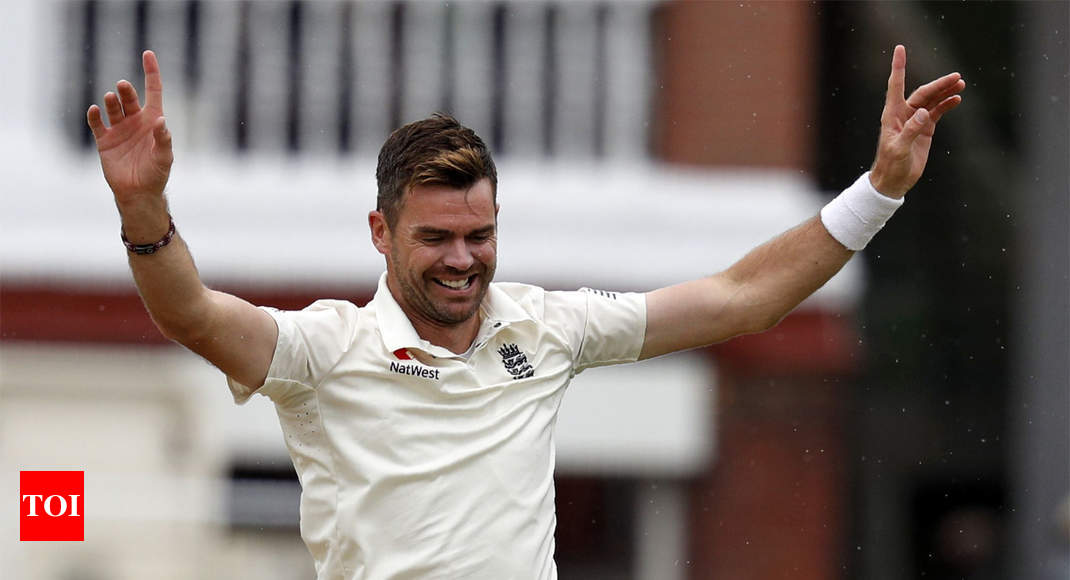 LONDON: England pace bowler James Anderson became the first man to take 100 Test wickets at Lord’s when he dismissed India opener Murali Vijay without scoring for the second time in the match on the fourth day of the second Test on Sunday.

Sri Lankan off-spinner Muttiah Muralitharan, the world’s leading Test wicket-taker, is the only other bowler to capture 100 wickets at a single venue. Muralitharan’s 800 Test victims included 100 in Galle, Kandy and at the Sinhalese Sports Club in Colombo.

India, who trailed by 289 runs from the first innings, were 17 for two when rain stopped play half an hour before the scheduled lunch interval.

England lead 1-0 in the five-match series against the world’s top-ranked Test nation.

After England captain Joe Root had declared his team’s first innings closed at 396 for seven, Vijay pushed forward to a full delivery in Anderson’s second over and was caught behind off a thin inside edge by wicketkeeper Jonny Bairstow.

Anderson followed up by trapping KL Rahul lbw for 10 with a ball that came back off the seam into the right-hander.

England added 39 runs in 37 minutes at the start of day before the declaration. Chris Woakes extended his overnight score of 120 to 137 not out while Sam Curran swatted a six off his eyebrows before he sliced a catch to third man off Hardik Pandya and was out for 40.