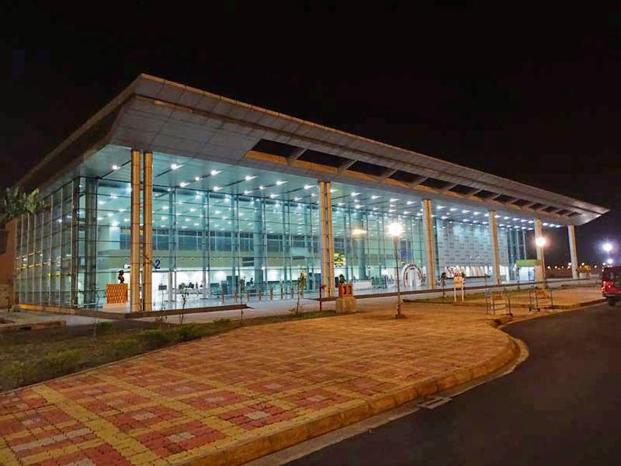 Simplex claims that BAPL owes it ₹24 crore, including an interest of ₹8 crore on dues. Photo: Wikimedia Commons

Kolkata: A dispute over payment dues has brought to light startling facts about a fledgling airport in which Singapore’s Changi International Airport Pte. Ltd and the West Bengal government are substantial stakeholders.

In court filings, Bengal Aerotroplis Projects Ltd (BAPL), the owner and operator of the Andal airport, has said that the runway was found “potholed and bleeding” and that the shoulders were “brittle” after the contractor who built it left.

In court filings, BAPL has blamed the contractor Simplex Infrastructure Ltd for the defects. A spokesperson for BAPL claimed that these defects came to light after Air India suspended services from Andal in June 2016, and that they were adequately addressed.

To be sure, the Indian prime minister has flown to Andal twice and the Bangladesh prime minister once. It is impossible that the defects went unnoticed and that flight safety was ever in question, said key officials at the Directorate General of Civil Aviation (DGCA), asking not to be named.

But even so, these officials raised questions about governance standards at BAPL. Technical safety audits are conducted regularly, and if defects were indeed detected, they would be recorded in the minutes of these engagements with the airport operator, said the DGCA officials.

Earlier this year, Simplex dragged BAPL to the Kolkata bench of the National Company Law Tribunal (NCLT) claiming that the airport operator owed it ₹24 crore, including an interest of ₹8 crore on dues.

In reply, BAPL blamed Simplex for “severe defects” in construction, and claimed that repair and rectification would cost ₹22 crore.

Air India started operations at Andal in May 2015. Prime Minster Narendra Modi was the first to take a flight from the airport. Air India suspended operations from June 2016, but has in April this year resumed services between Andal and New Delhi.

Simplex was given the contract to build the airport in October 2012. Its contract was renewed in March 2013, and in September 2015—months after Andal became operational, Simplex and BAPL signed a so-called closure agreement, under which the latter admitted to a liability of ₹30 crore, according to court filings.

Under the closure agreement, BAPL was to pay ₹11.31 crore in two tranches by January 2016. The rest was to be retained and paid in instalments by 31 March 2016. The agreement was structured to make sure that if any defects were found, the contractor could be held to pay for the repair.

Though BAPL started to clear its dues from October 2015, it fell behind the payment schedule envisaged in the closure agreement. It paid ₹2.5 crore in October 2015, another ₹5.86 crore within a month thereafter, and ₹1 crore more in August 2016.

Simplex continued to pile pressure on BAPL to pay up, and in September-October last year, it paid ₹3.75 crore more in two parts. But when the company was dragged to NCLT for insolvency resolution this year, BAPL claimed Simplex had “constantly failed to deliver”.

Simplex has said in court filings that the closure agreement was signed in September 2013 after thorough scrutiny of its works, and that by then BAPL had already started to default.

A spokesperson for BAPL claimed the dispute with Simplex had been settled through negotiations. But Basanta Kumar Sen, legal counsel for Simplex, said he had no information about his client settling the dispute with BAPL.