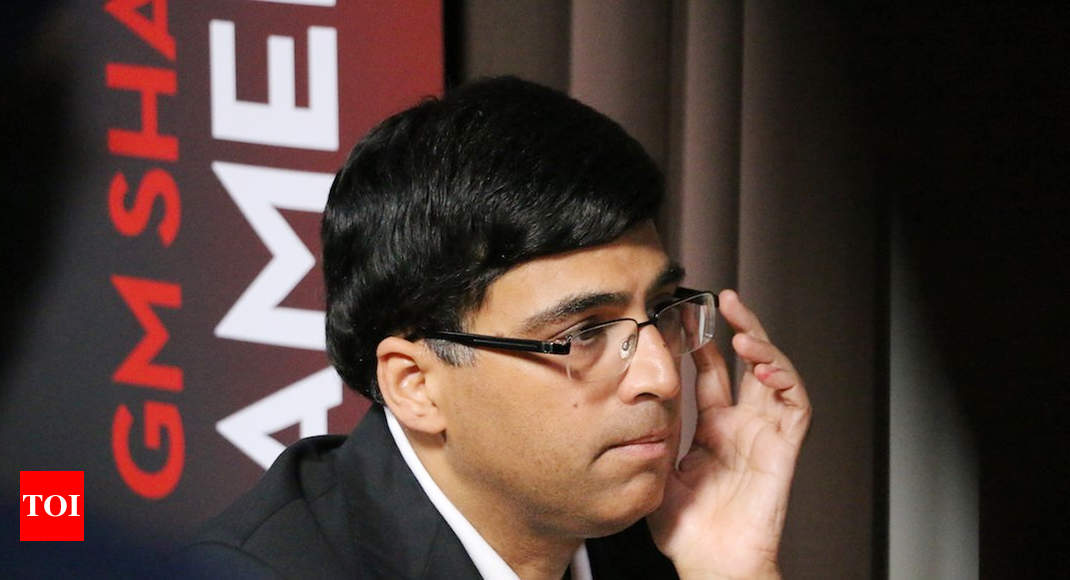 ST LOUIS (US): Five times world champion Viswanathan Anand had a mixed opening day with a win, a loss and a draw in the St. Louis rapid and blitz chess event that got underway on Sunday.

Starting off with a brilliant victory over Hikaru Nakamura of United States, Anand missed the thread against Maxime Vachier-Lagrave of France in the second round and then settled for a draw with Sergey Karjakin of Russia to end the day on three points out of a possible six.

With two points for a victory in the rapid section being the award here, Fabiano Caruana of United States became a runaway leader on six points winning all his three games.

On the receiving end were Alexander Grischuk of Russia, Levon Aronian of Armenia and Shakhriyar Mamedyarov of Azerbaijan, who all found the going tough against the American who will play the next world championship match against Magnus Carlsen later this year.

With Caruana in front on six points, Karjakin and Vachier-Lagrave follow him on four points apiece. Anand shares the fourth spot currently on three points along with Mamedyarov and Nakamura while Aronian, Grischuk and Leinier Dominguez of Cuba. With six rounds still to come, Grand Chess tour current leader Wesley So is placed last with just one point.

Anand had a brilliant start to his campaign and although it did not last the day, there were many positives. Nakamura is one of the few players who have good score against Anand in Classical chess but when it came to the faster version Anand clearly dictated the terms.

The closed Berlin led to a complex middle game with a volatile pawn structure where Anand was in control and Nakamura erred by allowing a fine exchange sacrifice that ripped apart his king’s position. The was precise to pick up a few pawns and reached a rook and pawns endgame quickly to force resignation.

Interestingly, all Anand’s games had the same Berlin opening. Playing black against Vachier, Anand obtained the level position without much ado and on another he would have saved the half point easily. As it happened a blunder caused the big damage.

The third game against Karjakin did not yield Anand much as white and the pieces changed hands at regular intervals. The peace was signed in a mere 29 moves.