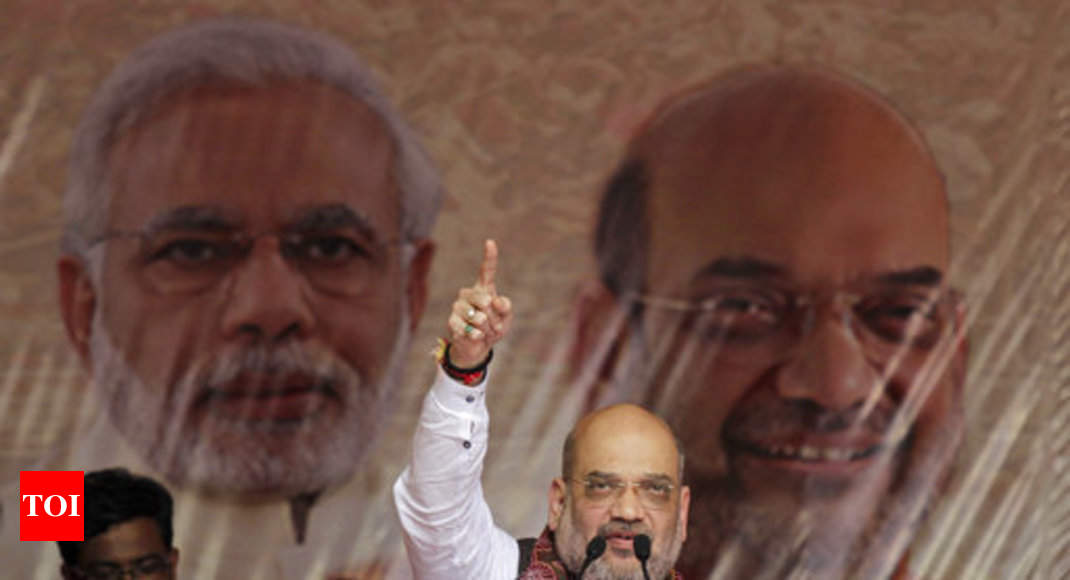 AHMEDABAD: The lawyer for the victims of the 2002 Naroda Gam riot case today claimed before a court that the deposition of BJP president Amit Shah for former Gujarat minister Maya Kodnani, who is an accused, supports testimonies of prosecution witnesses alleging that she was seen in the affected area on the day of rioting.

In a written argument submitted in a special court presided over by judge M K Dave, the victims’ lawyer, Shamshad Pathan, said while Shah was brought in as a defence witness, his deposition does not support the defence in the riot case.

He said Shah’s deposition does not support either Kodnani, a former BJP MLA, or others who “conspired” for the riot at Naroda Gam, a suburb of Ahmedabad, which broke out in the aftermath of the torching of the Sabarmati Express in Godhra.

As per the arguments put forward by the victims’ side, Shah, who deposed for Kodnani in September last year, had told the court that on the day of rioting, he saw her in the state assembly in Gandhinagar at around 8.30 am and then at the Sola Civil Hospital (in Ahmedabad) at around 11-11.15am.

Shah, a former Gujarat minister, had told the court that he had no idea where Kodnani was in between.

Kodnani was seen near the area where the riot broke out along with other accused at around 9-9:30am, “asking others to do things as planned”, two witnesses – Habib Miyan and Umraobanu – have testified before the court, Pathan told the court in his written argument.

At least seven to eight other witnesses have also testified that they saw Kodnani at Naroda Gam between 9am and 9.30am on the day of rioting in the area, he said.

Thus, the BJP chief’s deposition supports the prosecution, which has also said Kodnani was present in the riot-hit area around that time, Pathan maintained.

These witnesses have said in their deposition they saw Kodnani, along with other accused, including former VHP leader Jaideep Patel and Ashok Patel, in the area at around 9-9.30 in the morning on February 28, 2002, he said.

Eleven members of a minority community were killed in the riot at Naroda Gam on February 28, a day after the Godhra train fire.

Babu Bajrangi, a former Bajrang Dal leader, was heard admitting in a sting operation video of prosecution witness Ashish Khetan that he gathered “weapons beforehand and accused No. 58 (Jaideep Patel) was part of the entire episode,” which supports the conspiracy angle in the case, Pathan said.

The prosecution had recently told the court that Shah’s deposition was “not believable” and one of the reasons is that it was made 15 years after the crime.

The Naroda Gam case is one of the nine major 2002 communal riot cases investigated by the Supreme Court-appointed Special Investigation Team (SIT).

A total of 82 people are facing trial in the case, including Kodnani (62).

The former minister was sentenced to 28 years in jail in the Naroda Patiya riot case by the trial court in 2013. However, the Gujarat high court acquitted her in April this year.