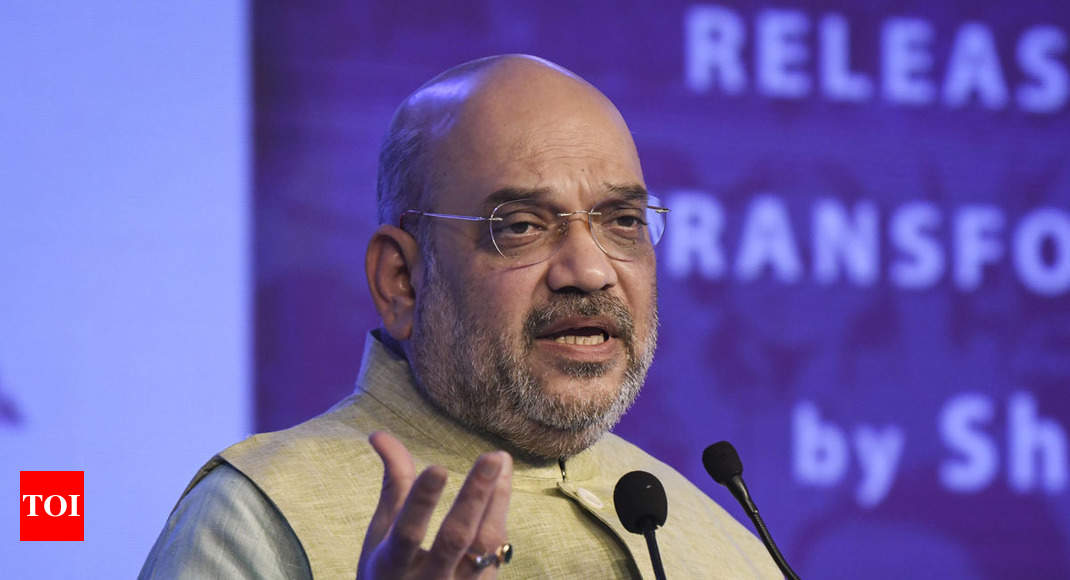 NEW DELHI: BJP president Amit Shah on Friday brushed off allegations of corruption levelled by former Union ministers Arun Shourie and Yashwant Sinha in the Rafale deal, saying credence should be given to the defence minister’s statement and not what those “who did not get jobs” say.

Defence minister Nirmala Sitharaman has said that the base price of Rafale fighter aircraft negotiated by the Modi government is less than what was finalised by the UPA, he said, adding that the government has already clarified on the matter following the opposition’s charges.

He was speaking in an interview after releasing a book “Blue print for an economic miracle” authored by Pradeep Gupta, CMD of Axis My India.

He was responding to a question about allegations of scam levelled by Shourie and Sinha, both ministers in the NDA government headed by Atal Bihari Vajpayee, and activist lawyer Prashant Bhushan in the aircraft deal.

“Will you give credence to the defence minister’s statement or those who did not get jobs,” he asked.

BJP leaders have often hinted that Shourie’s and Sinha’s relentless attack on the Modi government over various issues is because they were sidelined by it after it came to power in 2014.

They had claimed on Wednesday that the alleged scam involving the Rafale deal is much bigger than the Bofors scandal.

Amit Shah also asserted that the BJP will return to power in 2019 with a bigger mandate than 2014 . “People have already made up their mind. We have no doubt about it,” he said.

He also claimed that his party will return to power in three poll-bound states of Rajasthan, Madhya Pradesh and Chhattisgarh as there is an overall “pro-incumbency” sentiment there due to the works of governments there.

A day ahead of his rally in West Bengal, Shah said his party will win more than 22 of 42 Lok Sabha seats.

To a question about escape of businessmen Mehul Choksi and Nirav Modi, he said the Modi government’s relentless action against them would ensure that there will be “fewer thieves” now.

He said the government cannot give a deadline about when these fugitives will be brought back to India to face trial as it is a judicial process.

There will not be any laxity in our government’s efforts, he asserted.

He also rejected suggestions that some of the BJP’s allies are not happy with the party and said all NDA constituents are together.

He referred to the NDA’s decision to field JD(U) leader Harivansh in the election to the post of the Rajya Sabha deputy chairman to make his point.

For the first time in over four decades years, the post has gone outside the main party in the government, he said, underlining the BJP’s accommodative stand to its allies.

The BJP is not like the Congress which dumped its allies when they were not needed, he said, referring to its treatment of the Samajwadi Party when the UPA was in power.