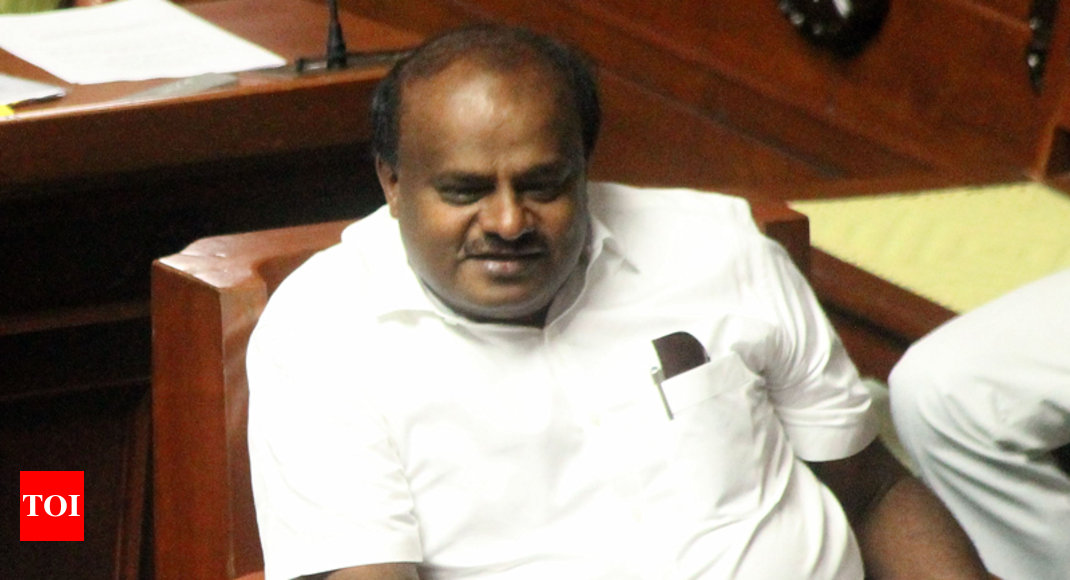 In the run-up to the recent assembly polls, the Kumaraswamy-led JD(S) had promised to waive farm loans borrowed both from cooperative and nationalised banks within 24 hours of coming to power.

Kumaraswamy, who also holds the finance portfolio, had earlier cited coalition compulsions and the need for studying the financial condition of the state as the reason for the delay in the announcement of loan waiver.

Financial experts and some government officials have already expressed concern over the impact loan waiver may have on the state’s finances.

It will also be interesting to see how Kumaraswamy, who has in the past claimed that he is not an expert on the economy, will strike a balance between loan waiver, flagship schemes of the previous government, new schemes or programmes if any, as also infrastructure needs of the state.

The Congress-JD(S) coordination committee constituted to oversee the smooth functioning of the government had on Sunday approved the Common Minimum Programme, which includes waiver of farm loans, creation of one crore jobs and allocation of Rs 1.25 lakh crore for irrigation over the next five years.

It also included construction of 20 lakh houses for homeless families in the state in the next five years, along with implementation of a universal health policy, ‘Arogya Karnataka’ of the previous government, among others.

The budget also comes amid coalition worries and debate over whether there was a need for a full-fledged fresh budget as the government would continue almost all the flagship schemes of the previous government.

Former chief minister and Coordination committee chief Siddaramaiah, who held the finance portfolio in the previous government, had recently said there was no need for a fresh budget and insisted that a supplementary budget would do.

Adding to the coalition’s discomfort is the controversy over videos that purportedly showed coordination committee chairman Siddaramaiah’s remarks, questioning the need for a fresh budget and expressing scepticism over longevity of the government.

On the other hand, the opposition BJP has demanded that Kumaraswamy come out with a “white paper” on the state’s financial position before presenting the budget.

Leader of the opposition in the assembly B S Yeddyurappa has warned that if the government fails to keep up its promises on loan waiver, BJP and all its 104 MLAs would go to the people with the Congress and JD(S) manifestos to inform them that the parties have not ‘walked the talk.’

Taking note of the discussions regarding farm loan waiver, he questioned why no one was talking about making farmers capable of paying back.

Stating that it is true that loan waiver was needed to relieve farmers in distress, Kumar said “but let loan waiver not become a fashion.”

In what is being seen as an effort by Congress to claim its share of credit for the farm loan waiver, keeping in mind the 2019 Lok Sabha polls, party President Rahul Gandhi today expressed confidence about the Congress-JD(S) coalition government acting on its commitment to waive farmer loans and to make farming more profitable.

“On the eve of the Karnataka Budget, I’m confident our Congress-JD(S) coalition Govt will act on our commitment to waive farmer loans & to make farming more profitable,” he said in a tweet.

“This budget is an opportunity for our Govt. to make Karnataka a beacon of hope for farmers all across India,” he said.