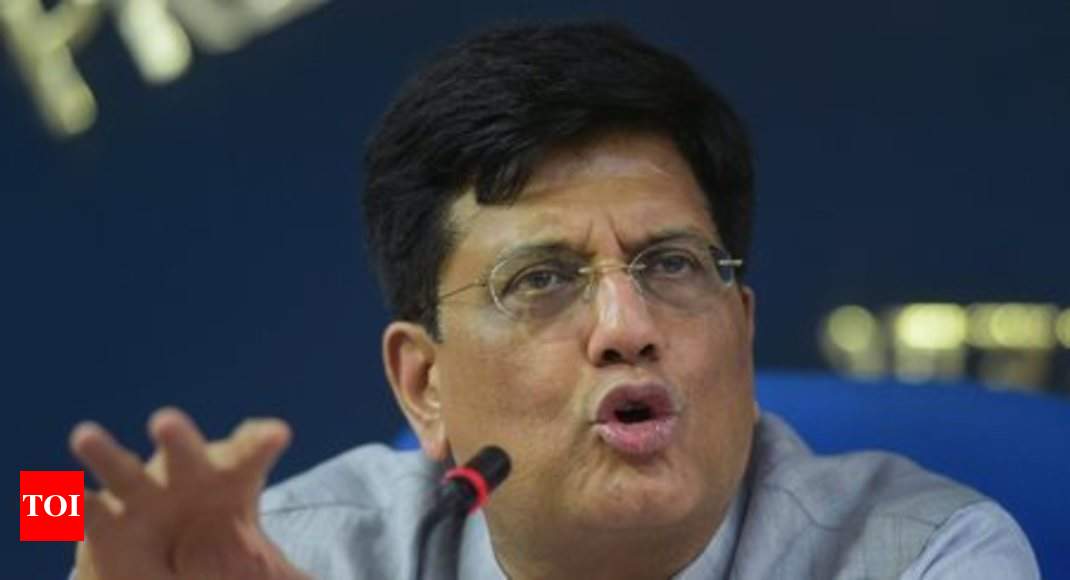 NEW DELHI: Independent asset management companies (AMCs) and steering committees will be set up for faster resolution of bad loans in the banking system, finance minister Piyush Goyal said as the government accepted five-pronged plan of the Sunil Mehta-panel.

There are about 200 accounts, each of which owes more than Rs 500 crore to banks. Their total exposure is about Rs 3 .1 lakh crore.

Giving details, Goyal said under this approach, independent asset management companies would be set up. AIF would raise funds from institutional investors.

The AMC, to be set up under AIF framework, will become a market maker and will thereby ensure healthy competition, fair price and cash recovery, the minister said.

“The government will not intervene in the resolution process which would be entirely led by banks,” Goyal said, adding that most of the banks have already expressed their interest in the recommendations.

The committee has also suggested an asset trading platform for both performing and non-performing assets.

The finance minister also said the committee did not recommend setting up a ‘bad bank’ to deal with the mounting NPAs in state-own banks.

The panel has also suggested a plan for dealing with bad loans up to Rs 50 crore.

Under the SME Resolution Approach (SRA), loans up to Rs 50 crore would be dealt using a template approach supported by a steering committee.

The panel has recommended that the resolution should be non-discretionary and completed in a time bound manner within 90 days.

The Mehta committee has proposed a Bank Led Resolution Approach (BLRA) for loans between Rs 50 and Rs 500 crore. This segment has an exposure of over Rs 3 lakh crore.

Under the BLRA approach, financial institutions will enter into an inter-creditor agreement to authorise the lead bank to implement a resolution plan in 180 days.

The lead bank would then prepare a resolution plan including empanelling turnaround specialitsts, and other industry experts for operational turnaround of the asset.

In case the lead bank is unable to complete the resolution process within 180 days, the asset would go to NCLT.

Goyal said the recommendations of the committee are compliant with extant regulations and aim operational turnaround to retain value of assets created for national benefit.

The suggestions, he added, also ensure a robust governance and credit architecture is put in place to prevent similar build up of NPAs in the future.

The gross non performing assets (NPAs) of PSBs stood at Rs 7.77 lakh crore at end-December 2017. Total NPAs of all banks, including private ones, were a whopping Rs 8.99 lakh crore.

Last month, Goyal had announced formation of the committee under Mehta and the SBI chairman and Bank of Baroda managing director PS Jayakumar as members.