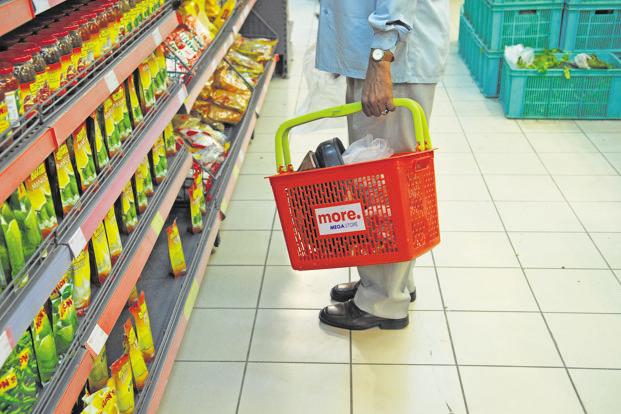 More is currently the fourth-largest supermarket chain in the country, after Reliance Retail, Future Group and D-Mart. Photo: Pradeep Gaur/Mint

New Delhi: Amazon.com Inc. is in advanced talks to acquire 42-49% in Aditya Birla Retail Ltd’s More supermarket chain, according to three people directly aware of the talks, as the US e-commerce giant doubles down on the grocery business in India. Amazon is joining hands with India-focused private equity firm Samara Capital for a complete buyout of More from the Aditya Birla Group for ₹ 4,200-4,400 crore, the people cited above said on condition of anonymity.

Samara and Amazon will jointly place their funds in a shell entity, which in turn will buy More from Aditya Birla, one of the three people said. Depending on Amazon’s stake in More, Samara would hold the remainder.

India permits foreign retailers to own stakes of as much as 51% in multi-brand retail ventures, after securing government approval.

Foreign investors, however, need to comply with several conditions.

Amazon is using an indirect route and a lower stake than the minimum threshold to avoid potential complications.

The talks, however, did not progress, the people mentioned before said.

Amazon, which has set aside at least $500 million to invest in its food retail business in India, is going all out to ensure that it does not miss out in the bid to gain market share in groceries, widely seen as he biggest battleground for India’s largest online retailers.

The latest talks to buy a majority stake in Aditya Birla’s More supermarket chain began months ago, stretching back to the beginning of the year, the people cited before said.

In May, The Economic Times reported that Samara Capital was in talks to buy out More and later in June said Aditya Birla Retail had signed an agreement to sell More for roughly ₹ 4,300 crore.

Several media reports in the past six months have also indicated that Amazon has held talks to buy a stake in Kishore Biyani’s Future Group, although the status of the talks is unclear.

Amazon India’s corporate communications team and Samara Capital did not respond to emailed requests for comment. A spokesperson for Aditya Birla Group said the company does not comment on “market speculation”.

Amazon’s efforts to expand its retail and grocery business in India come at a time when its rival in the US market, Walmart Inc., is also seeking to dominate India’s fast-growing online retail business.

Walmart, which has just closed its $16 billion buyout of India’s largest e-commerce firm, Flipkart, also has strong roots in the grocery business and is expected to mount a significant challenge to Amazon in the years ahead.

More is currently the fourth-largest supermarket chain in the country, after Reliance Retail, Future Group and D-Mart.