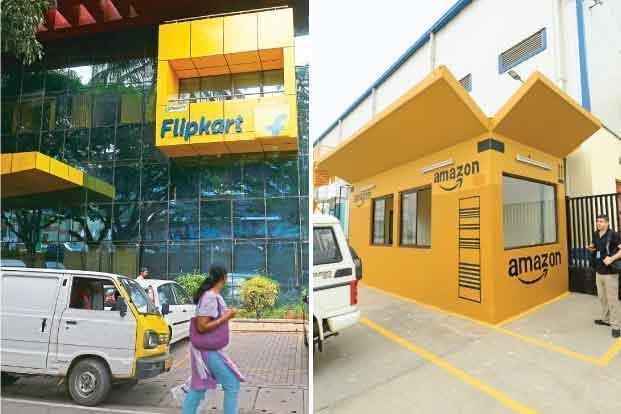 Amazon and Flipkart have urged the government to instead consider fresh regulations on e-commerce in India. Photo: Mint

New Delhi/Bengaluru: India’s largest e-commerce firms Amazon Seller Services Pvt. Ltd and Flipkart Pvt. Ltd are lobbying the government to scrap the entire draft e-commerce policy, which recommends strict restrictions on online retail, including curbs on discounts, people familiar with the matter said. The online retailers have urged the government to instead consider fresh regulations, two people familiar with the matter said on condition of anonymity.

The two firms, which account for a majority of the $18 billion online retail market, were not part of the panel headed by industry minister Suresh Prabhu that last week came up with a policy framework that proposed a separate e-commerce regulator, data localization and other regulations that have created uproar in the e-commerce industry. The national policy framework on e-commerce was prepared by a task force headed by commerce secretary Rita Teaotia.

Even the various government departments are divided on the recommendations of the draft policy with some pushback coming from NITI Aayog, the department of industrial policy and promotion and the ministry of external affairs, according to one of the two people cited above.

The government has been striving to build a consensus on an e-commerce policy to resolve the policy vacuum on key issues related to the sector, as well as to effectively respond to a proposal for multilateral discipline in e-commerce at the World Trade Organization.

“Bulk purchase of branded goods such as electronic products (especially mobile phones), white goods, branded fashion by related party sellers which lead to price distortions in a market place would be prohibited,” according to the draft.

If implemented, these measures will badly hit e-commerce firms, which rely on discounts to drive sales and on sellers to boost sales.