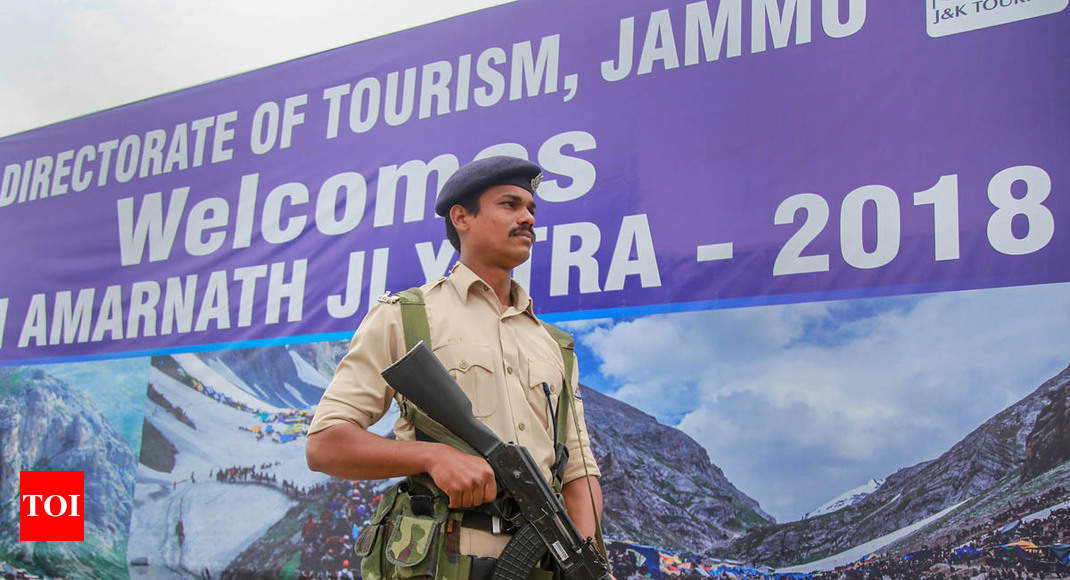 SRINAGAR: A total of 587 pilgrims undertook the revered Amarnath Yatra on the third day of the pilgrimage on Saturday, even as the yatra was suspended on both Pahalgam and Baltal routes due to inclement weather.

An official said keeping in view the safety of pilgrims, the yatra remained suspended because of landslides, slippery tracks and shooting stones caused by incessant rainfall.

“At the end of the third day of Shri Amarnathji Yatra, 587 pilgrims paid obeisance at the holy cave,” an official spokesman said.

While no pilgrim is allowed to proceed towards the cave shrine on foot, some of them are using helicopter services to undertake the pilgrimage, he said.

A flood alert was sounded in south and central Kashmir after many parts of the state were lashed by monsoon rains intermittently since June 27, leaving thousands of pilgrims who had reached the twin base camps of Baltal in Ganderbal district and Pahalgam in Anantnag district stranded.

The rains also triggered landslides and shooting stones at several places along the Jammu-Srinagar national highway yesterday, but timely action by the authorities concerned ensured that the 260-km all-weather road connecting the Valley with the rest of the country, remained open.

Despite incessant rains, the pilgrimage to the 3,880 metre high cave shrine of Amarnath in south Kashmir Himalayas commenced as per schedule on June 28 after several hours of delay. However, the pilgrimage faced frequent disruptions owing to continuous rainfall.

The 60-day yatra is scheduled to conclude on August 26 coinciding with the ‘Raksha Bandhan’ festival.

Meanwhile, Jammu and Kashmir Governor NN Vohra, who is also the chairman of Shri Amarnathji Shrine Board, directed its CEO Umang Narula to closely monitor the track conditions and their repair work before allowing the movement of pilgrims.