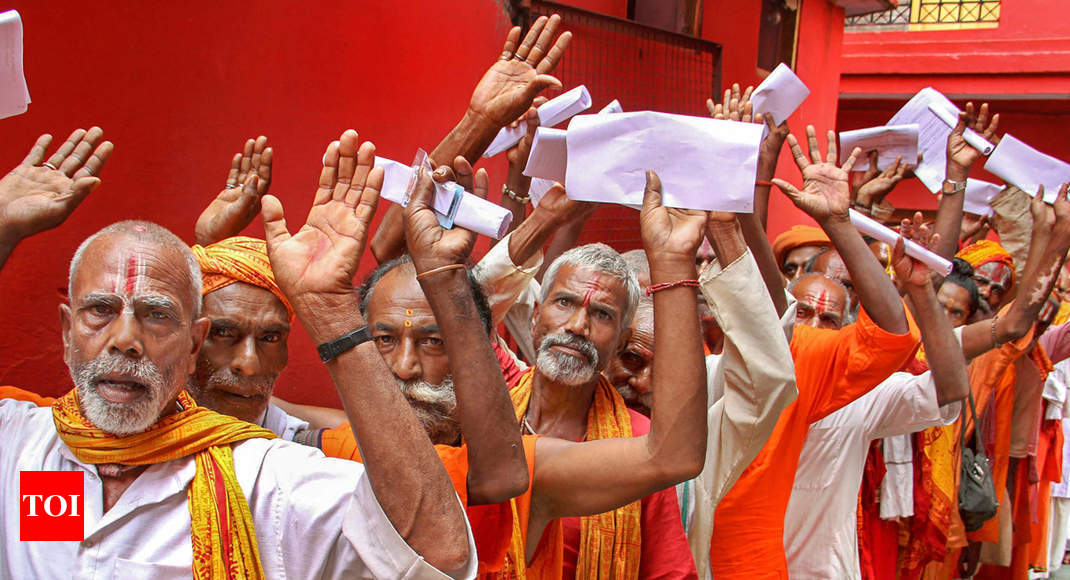 JAMMU: The Amarnath Yatra resumed today after it was suspended for a day yesterday due to non-availability of adequate number of pilgrims, officials said.

The 43rd batch of 306 pilgrims left the base camp here for the holy cave shrine of Amarnath in south Kashmir Himalayas, they said.

Meanwhile, the 10-day Budha Amarnath yatra, which began from here to the mountainous shrine of Lord Shiva in Poonch district on Friday, went smoothly with the second batch of over 1,300 pilgrims leaving the base camp for the yatra.

They said while 222 pilgrims, including 47 women, are heading for the Baltal base camp for the yatra from the shortest 12-km Baltal route in Ganderbal district, 84 sadhus have taken the traditional 36-km Pahalgam route in Anantnag district.

They will reach the twin base camps later in the day and will join the yatra on Sunday.

The yatra was suspended from the Bhagwati Nagar base camp on Friday owing to less number of pilgrims.

The 60-day annual yatra commenced from the twin tracks on June 28 and is scheduled to conclude on August 26, coinciding with ‘Raksha Bandhan’.

Till yesterday, a total of 2,81,227 yatris had paid obeisance at the holy Amarnath shrine.

The officials said the second batch of 1,307 pilgrims, including 281 women, left the Bhagwati Nagar base camp in 32 vehicles to pay obeisance at the Budha Amarnath temple in Poonch district.

The first batch of 943 pilgrims left for the temple from the base camp on Friday.