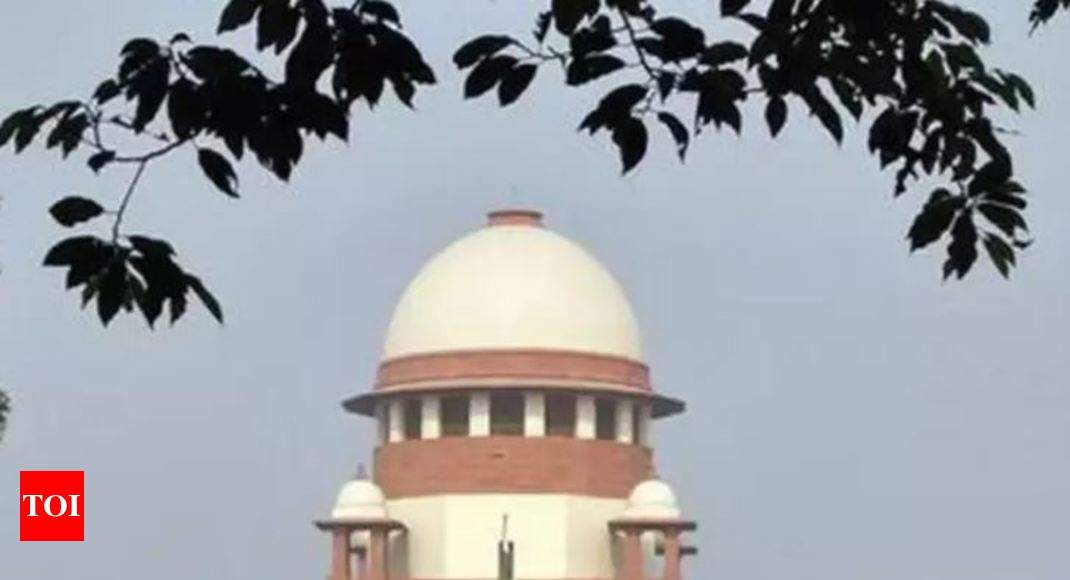 NEW DELHI: In a major order ahead of the annual Rath Yatra in Puri, the Supreme Court today directed the Jagannath temple management to consider allowing every visitor, irrespective of faith, to offer prayers to the deity.

The top court, however, said that allowing of every visitor, irrespective of faith, will be subject to regulatory measures regarding dress code and giving an appropriate declaration.

A bench of Justices Adarsh Goel and S Abdul Nazeer, while referring to an earlier verdict of apex court, said “Hinduism does not eliminate any other belief. It reflects eternal faith and wisdom and inspiration of centuries”.

The court said not only the state, but even the Centre could look into the aspect of difficulties faced by the visitors, deficiencies in the management, maintenance of hygiene, appropriate utilisation of offerings and protection of assets with regard to shrines, irrespective of religion is a matter for consideration.

Paving the way for judicial intervention, the bench said, “Every district judge may examine such matters himself or through any court under his jurisdiction and send a report to the concerned High Court so that such report can be treated as PIL on the judicial side and such direction may be issued as may be considered necessary having regard to individual fact situation”.

With regard to entry of visitors of other faiths, it said “the temple management may consider, subject to regulatory measures with regard to dress code, giving of an appropriate declaration or compliance of other directions, permitting every visitor irrespective of his faith, to offer respects and to make offerings to the deity”.

Justice Goel, just a day before his retirement, directed the Centre to constitute a committee in two weeks to look into the issues raised by the district judge of Puri regarding exploitation of devotees, abolishment of hereditary Sevaks and appointment of Sevaks.

It directed the committee of Centre to submit its interim report by August 31.

The bench directed posting of the report on temple websites and said district judge can submit his further reports through email to the apex court, while posting the matter for further hearing September 5.

Earlier, the court had taken serious note of alleged exploitation of devotees by ‘sevaks’ at the Puri Jagannath temple and passed a slew of directions to prevent any such malpractices and mismanagement, just ahead of the annual Rath Yatra starting July 14.

The top court had said it is of prime importance that all devotees have hassle-free visits and the offerings made by them are not misused.

It had directed the Odisha government to study the management schemes of other important shrines such as Vaishno Devi in Jammu and Kashmir, Somnath temple in Gujarat, Golden Temple in Punjab, Tirupati temple in Andhra Pradesh and Dharamsthala temple in Karnataka.

The court was hearing a petition filed by Mrinalini Padhi highlighting difficulties faced by devotees at the Jagannath Temple and their harassment or exploitation by the sevaks (staff) of the temple.

The petition also pointed out that the environment of the temple was not hygienic as it ought to be and there are encroachments at its premises. It alleged that there are deficiencies in the management of the shrine and rituals are being commercialised.

The bench sought response from the Centre, the Odisha government and the temple’s management committee and said the issue raised in the petition involves enforcement of fundamental rights under Article 25 and directive principles of the Constitution.

It had directed that district judge of Puri to file an interim report by June 30 on the factual aspects such as difficulties faced by the devotees, exploitative practices and deficiencies in the management, if any. It had also appointed senior advocate Gopal Subramanium as amicus curiae and directed him to collate all the reports of various committees and give his suggestions, if any.