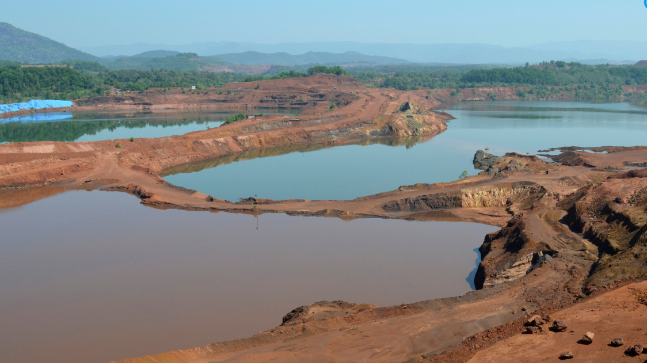 The Supreme Court today set aside the mining lease renewals to Goa miners, and banned all mining activity in the coastal state from March 16 onwards.

The Supreme Court has also asked the central government to start a fresh process of auction for mining companies in Goa. This is not the first time mining has been banned in the state.

In 2012, mining in Goa was stopped both by the state as well as the Centre 2012 following a Rs 35,000-crore illegal mining scam unearthed by a Judicial Commission appointed by the Union Mines Ministry.

Later, the Supreme Court banned all mining activities in the same year following a Public Interest Litigation by Goa Foundation, a local NGO working on environment.

All top mining companies were indicted in the illegal mining scam exposed by the Justice MB Shah Commission, which also pointed to a politician-bureaucrat-mining companies nexus.

The 1,572-page chargesheet also named the leaseholder Prafulla Hede and a state Mines Department official AT D’Souza, who, along with Kamat, were booked under relevant sections of the Mines and Minerals (Development and Regulation) Act, Prevention of Corruption Act and the Indian Penal Code.

Kamat, a Congress leader who also held the mines portfolio from 2007-12, is accused of allowing mining companies, including the one operated by Hede, to avail of the ‘condonation of delay’ clause in 2007 to renew their iron ore mining leases allegedly in return for bribes.