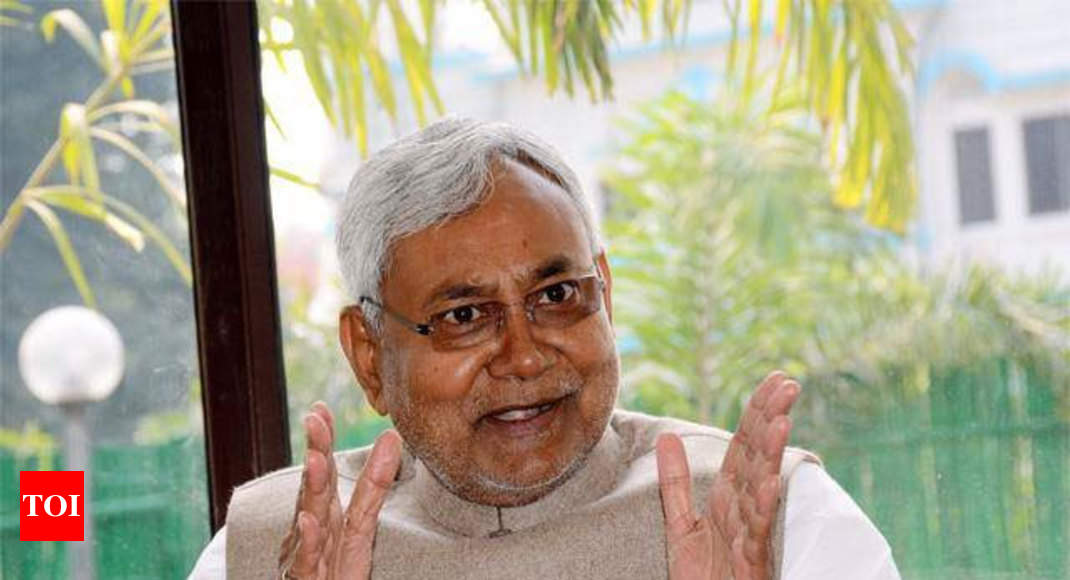 NEW DELHI: Bihar Chief Minister Nitish Kumar’s recent telephone call to political rival Lalu Prasad to enquire about the latter’s health has led to a spate of speculations on what this overture could mean. Lalu is undergoing treatment in Mumbai after getting bail on medical grounds.
As talks of Nitish realigning with the Grand Alliance spread, leader of the opposition in the state assembly Tejashwi Prasad Yadav was quick to quell this speculation.

Earlier, in May, Nitish had attended the wedding ceremony of Lalu’s elder son and former minister Tejpratap Yadav. Nitish had also tweeted his wishes to Lalu on his birthday on June 11.

But Tejashwi has asserted that Nitish is not welcome back to the Mahagathbandhan.

Apparently, Tejashwi, who is now handling RJD affairs alone in the absence of his father, enjoys the backing of senior party leaders.

“Tejashwi is RJD’s chief ministerial candidate for the 2020 assembly polls. There is no place for Nitish Kumar in the Grand Alliance in Bihar. Tejashwi’s statement on Nitish Kumar is correct,” RJD vice president Shivanand Tiwari told ET on phone from Patna.

Tejashwi’s statement has apparently created trouble for the rival JDU camp which is currently looking at its ally BJP to solve the contentious issue of seat-sharing within NDA ahead of the 2019 Lok Sabha battle. All eyes are now on the JDU national executive meeting to be held in New Delhi on July 8.

“I hope Nitishji will give clear signals to his party leaders regarding preparation for the 2019 LS polls at the national executive meet on July 8,” a source in JDU said. According to him, Nitish wants development to be the main agenda for the LS polls in 2019.

Sources said the JDU camp wants the results of the 2015 Bihar assembly polls to be treated as the base for the seat-sharing arrangement with NDA allies.

JDU had put up a good show in the 2015 assembly polls.