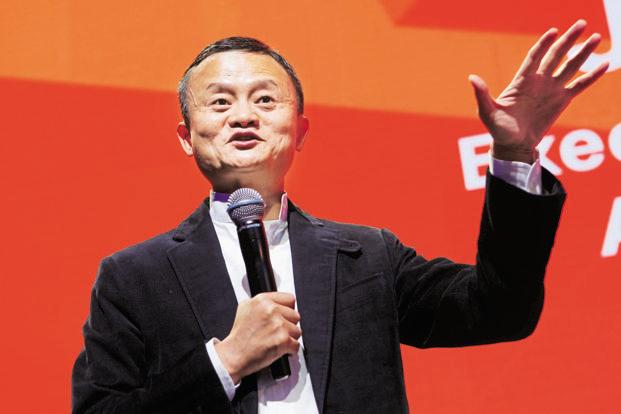 Mumbai: China’s Alibaba Group Holding Ltd has initiated talks with Mukesh Ambani’s Reliance Retail Ltd to form a mega Indian retail joint venture (JV), with an investment of at least $5 billion to challenge the dominance of Flipkart and Amazon in the world’s fastest-growing economy, two people with direct knowledge of the matter said. Alibaba Group has proposed to acquire a large stake in Reliance Retail to create a behemoth in the digital marketplace and also expand Alibaba’s physical retail businesses in India, the people said, requesting anonymity.

The talks indicate that the battle for India’s booming e-commerce market may only intensify further, with two large and deep-pocketed companies planning to come together to take on the market leaders.

Alibaba’s executive chairman, Jack Ma, met Reliance Industries Ltd chairman Mukesh Ambani in July-end in Mumbai to discuss the proposal, the people said. The two discussed a number of issues, including a plan to create a large omnichannel retail entity through the proposed joint venture, they said.

“Alibaba is willing to pick up a significant stake in Reliance Retail, preferably 50%, which will require Alibaba to invest $5-6 billion,” one of the two people said. “It could also result in a strategic JV between Alibaba and Reliance Retail, with a smaller stake held by Alibaba.”

The joint venture, if it goes through, will be the largest investment by Alibaba in an Indian company.

“The deal is crucial for Alibaba, especially after RBI (Reserve Bank of India) directed Paytm (in which Alibaba holds 49%) to stop on-boarding new customers because of the shareholding pattern of Paytm,” said the second person.

RBI was concerned that the Chinese company has access to Paytm’s customer data, the person said. It has asked Paytm to improve security mechanisms to store customer data, Mint reported on 1 August.

“Alibaba had picked up the stake in Paytm with the objective of benefiting from Paytm’s successful e-commerce and digital wallet business in India. Reliance Retail is planning a similar model like Paytm, and once that happens, Alibaba will benefit the same way it was gaining from its association with Paytm,” added the second person.

Alibaba’s Taobao and Tmall are two of the world’s largest and most popular online retail marketplaces. Together, they achieved a total transaction volume of $478.6 billion in fiscal 2016, and hope to double the figure to over $900 billion by 2020. As of February 2018, Taobao had at least 580 million monthly active users, while Tmall had 500 million.

Alibaba has also announced that it will invest 100 billion yuan over five years to build a global logistics network, while working on an aggressive overseas expansion plan.

In the year ended 31 March, Reliance Retail’s profit before depreciation, interest, and taxes more than doubled to ₹ 2,529 crore. As on 30 June, Reliance Retail was present in at least 5,200 towns and cities, with 8,533 stores including 4,530 Jio Points, according to a company release.

Reliance Retail, which has crossed the $10 billion revenue mark, has been planning to expand its retail business, leveraging the network of its parent’s telecom unit, Reliance Jio Infocomm Ltd.

ALSO READ | The case for a Reliance Retail IPO

Reliance Retail has an edge over overseas online retailers, as foreign entities are not allowed to hold inventory in India and can only operate as marketplaces. Amazon is taking an indirect route to avoid any complications and comply with the numerous conditions that it might have to follow under the multi-brand FDI norms.

Alibaba’s talks with Reliance Retail and other potential retail partners in India assume significance after RBI’s directive to payment firms such as Visa, Mastercard and PayPal Holdings to ensure before October that the data of Indian customers stays in the country.