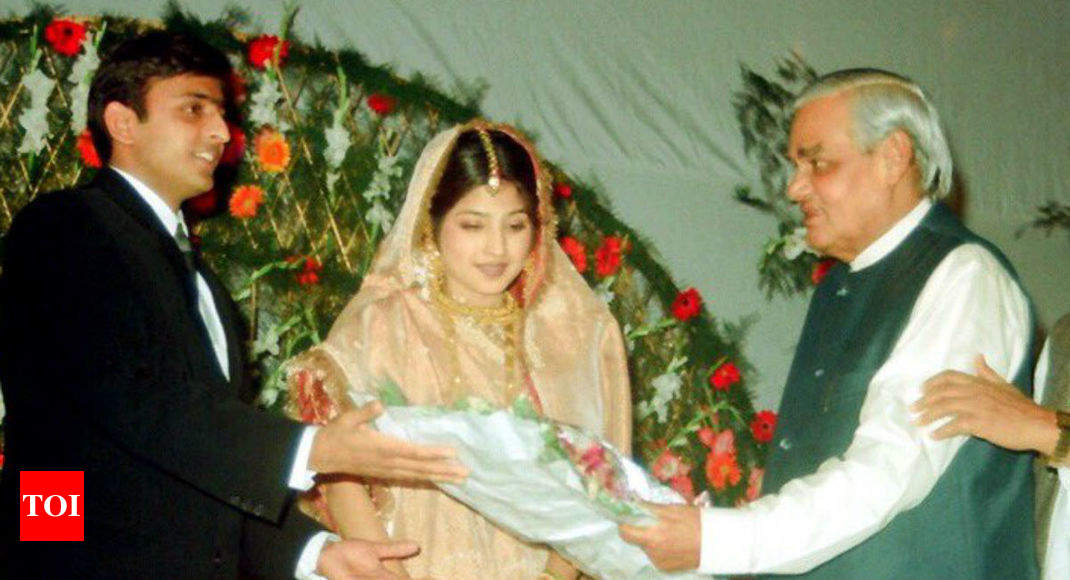 NEW DELHI: Samajwadi party leader and former chief minister of Uttar Pradesh, Akhilesh Yadav on Friday got nostalgic and shared a photo on Twitter from his wedding that was attended by former Prime Atal Bihari Vajpayee.

Vajpayee, 93, passed away on Thursday evening at AIIMS after prolonged illness.

“Late Atal ji raised politics above party politics, taught us to stay unrelenting about party principles and personal philosophy, whenever politics strayed off course, he showed the right way, taught us to seek out friendship with other nations, “Yadav tweeted while praising the former PM.

“With Atal ji’s passing, the world of Indian politics and literature has lost a prominent voice. Silent salutation!” he added.

The senior BJP leader was highly respected across all the party lines.

Vajpayee was thrice elected the prime minister between 1996 and 1999 and was the only non-Congress prime minister to complete the full term of five years, from 1999 to 2004.

As his health kept on deteriorating, he had slowly withdrawn himself from public life and was confined to his residence for years.

The former Prime Minister was cremated on Friday with full state honours at Smriti Sthal.