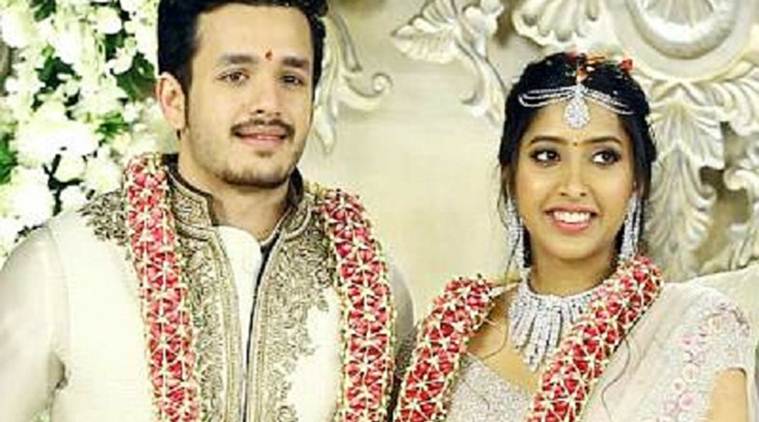 Shriya Bhupal had fallen in love with Anindith Reddy and they decided to take their relationship to the next level, as per reports. The two got hitched at a private wedding ceremony which was attended by family members and friends.

Anindith Reddy is the grandson of Prathap C Reddy, chairman of Apollo Hospitals. He is the cousin of Upasana Kamineni. Upasana took to Twitter on May 27 to share her photo with Cherry in Paris. Without mentioning the bridegroom’s name, she captioned it as, “❤️ #familywedding #ramcharan” (Slide down to the bottom to see the picture).

Shriya Bhupal is a Hyderabad-based fashion designer. She is the granddaughter of tycoon GVK Reddy. She started dating Akhil Akkineni even before the latter made his acting debut in films. Their families approved the relationship and the two got engaged at a private ceremony held at GVK House in Hyderabad on December 9.

However, Shriya Bhupal and Akhil Akkineni parted their ways later. Their marriage was to take place in Rome but both the families called the guests and requested them to cancel their arrangements including flights and hotel bookings.

Both the families kept mum on why the marriage broke. It was speculated that the couple had a big fight at Hyderabad airport after which their relation soared. Nagarjuna and GVK had reportedly tried to counsel them but in vain. 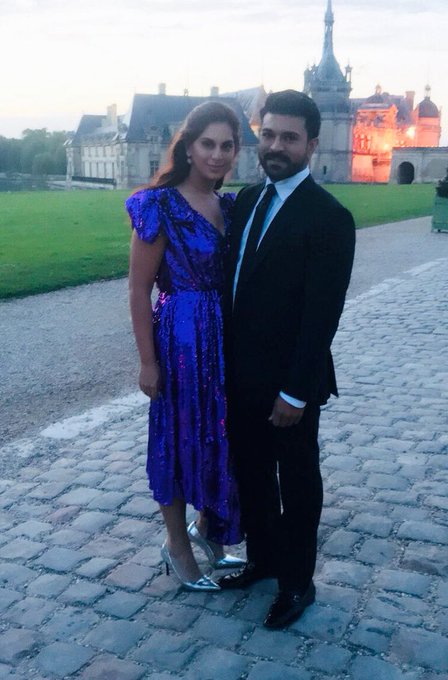 Actor Ram Charan and his wife Upasana Kamineni found themselves on Wednesday’s trends list after their pictures from a family wedding function went crazy viral. Upasana’s cousin Anindith Reddy is all set to marry designer Shriya Bhupal (yes, Akhil Akkineni’s ex-fiancee) on July 8 in Hyderabad and the couple took off for pre-wedding celebrations with their family and friends to France over the weekend – of course, Ram Charan and Upasana were in attendance. The pre-wedding celebrations were held at Chateau de Chantilly. For one of the occasions, Upasana wore a dazzling blue dress with metallic silvery heels and for another ceremony, she wore a colourful creation from the shelves of Abu Jani Sandeep Khosla.