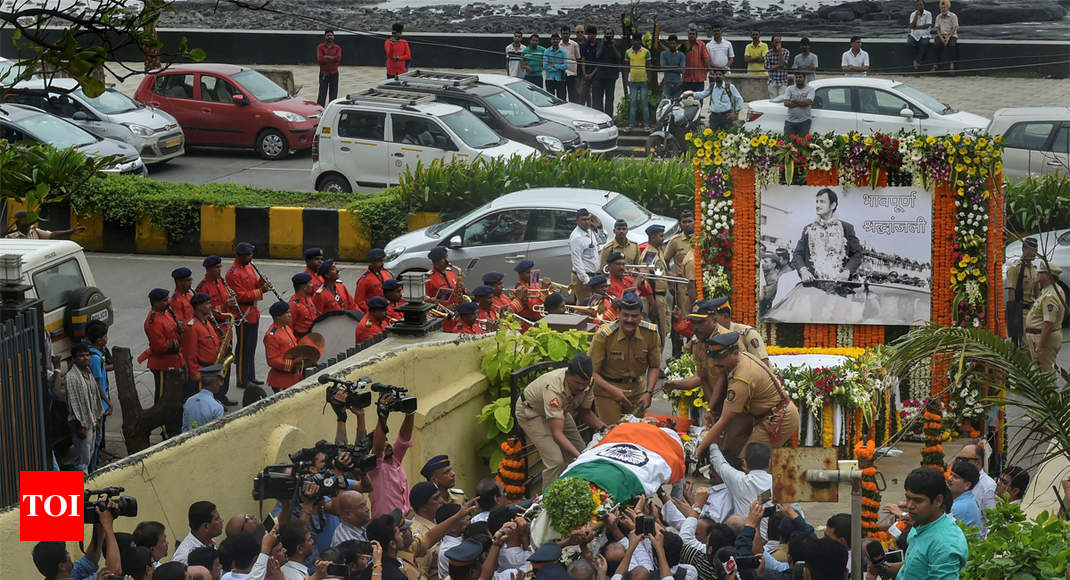 Wadekar, who had led India to its first victory in West Indies and England in 1971, had passed away at a South Mumbai hospital after prolonged illness.

Wadekar served Indian cricket in different capacities — as manager, coach and a selector. A batsman par excellence, he was also the first to captain India in the One-Day Internationals.

Wadekar’s body was kept at his Worli residence this morning for his well-wishers to pay their tributes.

Wadekar’s body was then taken to the Shivaji Park Gymkhana (SPG) in Dadar in Central Mumbai in an open truck. At the Gymkhana, former India cricketers Sandeep Patil, Nilesh Kulkarni, domestic cricket stalwart Padmakar Shivalkar and officials of the SPG also offered their last respects to departed soul.

Jatin Paranjpe was also present at the Gymkahna, while his father Vasu Paranjpe was there at the crematorium.

Wrapped in the Tricolour, Wadekar’s body was later was taken to the crematorium.

A few of his well wishers remembered the late India captain after the rituals were performed.

In the presence of family members and well-wishers, Wadekar was bid a tearful adieu as Mumbai Police gave him a gun salute.